I originally committed to using Twitter for 30 days. So far, I have enjoyed the service and intend to keep using it. My wife, Gail, and four of my five daughters are active. I have sure this is one of the reasons I am still using it. 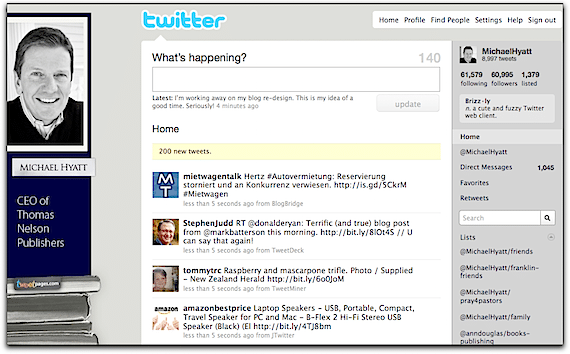 Don’t know what Twitter is? Read my original post on this topic. If you want to know how to get started, read my Beginner’s Guide to Twitter.

If you are wondering why in the world you should consider it, here are twelve reasons:

I’m sure there are some downsides to Twitter that I am either ignoring or don’t recognize. But I would rather jump into the fray and shape the future of social networks rather than sit on the sidelines and throw stones.