A while back, Gail and I went to the Nashville Symphony with our daughter, Mary, and her husband, Chris. Mary had bought tickets for Gail’s birthday. It was a magnificent evening. 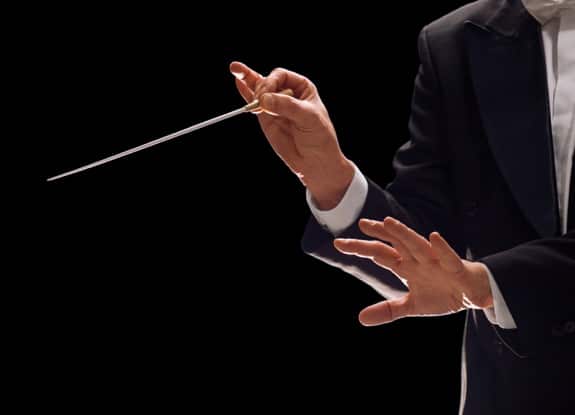 We had seats on the second row. I was less than twenty feet from Hugh Wolff. I was fascinated just watching him lead the orchestra. Toward the end of the evening, it occurred to me that conducting an orchestra and leading a team have much in common:

All of this has direct and immediate application to those of who lead. You might consider attending a symphony with your team and then discussing the implications for how you lead your organization.

Question: How do these items relate to leadership? What else can we learn from conductors? You can leave a comment by clicking here.
Disclosure of Material Connection: Some of the links in the post above are “affiliate links.” This means if you click on the link and purchase the item, I will receive an affiliate commission. Regardless, I only recommend products or services I use personally and believe will add value to my readers. I am disclosing this in accordance with the Federal Trade Commission’s 16 CFR, Part 255: “Guides Concerning the Use of Endorsements and Testimonials in Advertising.