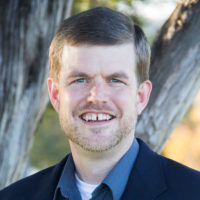 Thanksgiving did not become an official national holiday until 1941, but it had roots that extended back to the founding of the first American colonies. The Plymouth colonists in 1621 did indeed have a thanksgiving harvest celebration with local Indians, and apparently ate eel and venison (but maybe not turkey) as part of the festivities.

The Puritans of New England routinely declared days of fasting or thanksgiving, and they had perfected the thanksgiving proclamation by the late 1600s. One is struck today by just how specific these proclamations were. Good news of any kind could precipitate a day of grateful prayers.

Thanksgiving was not necessarily an annual event for them. It often followed a victorious battle or a bountiful harvest. Early American colonists assumed that all blessings came directly from the hand of God, and that it was right to recognize the source from whom those blessings came. Colonial American gratitude had a focus that some of us probably lack today.

Public acts of thanksgiving were overwhelmingly Protestant Christian affairs in early America, because the vast majority of the white population was Protestant. But other religious groups participated as well.

Jews in New York City, for example, joined in a day of “general thanksgiving to Almighty God” after a military victory in the Seven Years’ War. At New York’s Congregation Shearith Israel, synagogue attendees gave thanks to the “most gracious Lord of the Universe, GOD above all Gods, and exalted beyond the highest powers, the Great, the Mighty, and the Omnipotent.” That God was behind all their blessings and triumphs, they confessed.

By the time America entered the crisis leading to the American Revolution, the tradition of special days for publicly showing gratitude was well established. It was a given that in 1766, when colonists learned that Parliament had repealed the much-hated Stamp Act, the colonial governments would respond with days of thanksgiving and prayer.

Massachusetts led the way, with the governor encouraging the people “to express their gratitude to Almighty GOD for his great goodness” in relieving them of the stamp tax.

When the Continental Congress began meeting in the mid-1770s, taking on its emerging role as an independent American government, it immediately adopted days of thanksgiving. Thomas Jefferson, who as a Virginian was not as familiar with thanksgiving proclamations, recalled how he and the members of the Congress rummaged through old Puritan declarations in order to get ideas for the best wording. Members also hired a congressional chaplain to lead them in prayers of petition and gratitude.

A 1777 congressional proclamation set aside December 18 of that year “for solemn thanksgiving and praise, that with one heart and one voice the good people may express the grateful feelings of their hearts, and consecrate themselves [set themselves apart] to the service of their divine benefactor.”

Such proclamations proceeded from Congress annually. As the war wound down in 1781, Congress celebrated the victory at the Battle of Yorktown with a recommendation that the people gather “with grateful hearts, to celebrate the praises of our gracious Benefactor.” And when the news of the Treaty of Paris arrived, officially ending the war in 1783, Congress asked that the American people “assemble to celebrate with one voice, grateful hearts, and united voices, the praises of their Supreme and all bountiful Benefactor, for his numberless favors and mercies.”

Thanksgiving, to the victorious Patriots, was meant for celebrating God’s gifts, but also for unity as they faced the challenge of becoming an independent nation.

Washington’s Thanksgiving, and ours

George Washington was treading a well-worn American path when he issued his famous 1789 Thanksgiving proclamation, acknowledging the ratification of the new Constitution and, implicitly, the beginning of his tenure as president. But Washington’s proclamation also set important precedents in the nation’s first year under the Constitution.

One precedent was observing Thanksgiving on the last Thursday in November. Abraham Lincoln would follow that schedule too when he declared a national thanksgiving day in 1863, an occasion which presidents would keep renewing annually until Franklin Roosevelt officially confirmed Thanksgiving as an American holiday in 1941. (He set it for the fourth Thursday of each November so Thanksgiving wouldn’t ever get too close to Christmas.)

On a more substantial level, Washington’s Thanksgiving proclamation set the precedent that national expressions of gratitude would be woven into Americans’ lives. Congress had formally recommended to Washington that he proclaim a day of thanksgiving “to be observed by acknowledging with grateful hearts the many signal favors of Almighty God.”

Therefore, in one of the loveliest presidential decrees ever composed, Washington recommended that the American people “all unite in rendering unto [God] our sincere and humble thanks—for his kind care and protection of the People of this Country previous to their becoming a Nation—for the signal and manifold mercies, and the favorable interpositions of his Providence which we experienced in the course and conclusion of the late war—for the great degree of tranquility, union, and plenty, which we have since enjoyed—for the peaceable and rational manner, in which we have been enabled to establish constitutions of government for our safety and happiness, and particularly the national One now lately instituted—for the civil and religious liberty with which we are blessed; and the means we have of acquiring and diffusing useful knowledge; and in general for all the great and various favors which he hath been pleased to confer upon us.”

For Washington, Thanksgiving was about much more than turkey and touchdowns (he had never heard of a touchdown, anyway). It was about national unity through giving thanks; it was about gratefulness for “signal and manifold mercies.”