I just returned from the Catalyst Conference in Dallas where I spoke on the topic of my new book, Platform: Get Noticed in a Noisy World. The theme for this year’s conference series is “Be Present.” 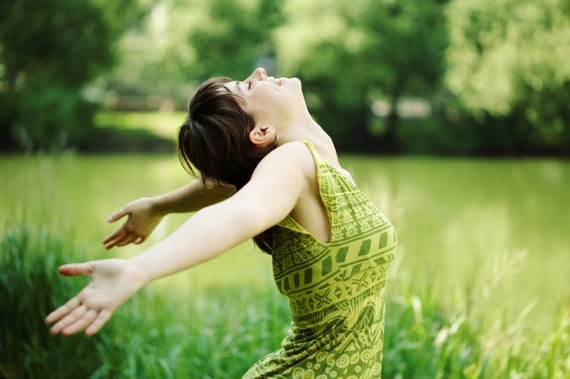 This is a particularly powerful reminder for me. I seem to be always living in the future. I’m either planning my next big project or worried about how it will turn out.

But this reminds me that all I really have is now. The past is gone. The future is not guaranteed. This moment is a gift.

Every now and then we get a reminder about how fragile life is. We just can’t take it for granted. Each moment is precious.

For example, several years ago I was attending the early service at our church. My family was coming later in a separate car and had not yet arrived.

About twenty minutes into the service, one of my friends walked up behind me and whispered in my ear, “Michael, your family has been in a car accident. You need to leave now!”

This is about the worst possible news I could imagine receiving. Unfortunately, he didn’t have any details. The wreck had occurred about two miles from our church.

I raced to the scene of the accident. But the traffic was backed up. I suspected it was because of the wreck. I parked my car on the side of the road and started running.

My heart was pounding. My mind was racing. I imagined the worst.

After running about a hundred yards, I saw a fire truck, police cars, and my family’s Suburban laying upside down against a telephone pole. It was completely crushed. All the windows were blown out and the roof had collapsed into the body.

Initially, I was confused, because I didn’t see my family. Then I heard my youngest daughter, Marissa, scream, “Daddy, Daddy.” I looked to my right, and she was running down the hill toward me—arms outstretched and crying.

Just beyond her, the other five members of my family were seated on the grass. They too were crying.

I scooped up my daughter and kept running toward my family. I couldn’t believe it. There wasn’t a scratch on any of them. They were shook up, to be sure, but no one was hurt.

As I later learned, my oldest daughter, Megan, had been driving. It was a country road. She veered off the pavement for a second, over-corrected, and then flipped the car. It had smashed into a telephone pole.

The sheriff told me that when he arrived on the scene, he called the life flight unit. He was just sure that the people in the car were either critically injured or dead. He kept describing what had happened as “a miracle.”

Indeed it was. I still tear up thinking about it.

That experience made me realize (once again) just how precious my family and friends are. I want to treasure every moment—and be present to them now.

The future will take care of itself. I want to learn to be present now.

Question: To whom do you need to be present today? You can leave a comment by clicking here.
Disclosure of Material Connection: Some of the links in the post above are “affiliate links.” This means if you click on the link and purchase the item, I will receive an affiliate commission. Regardless, I only recommend products or services I use personally and believe will add value to my readers. I am disclosing this in accordance with the Federal Trade Commission’s 16 CFR, Part 255: “Guides Concerning the Use of Endorsements and Testimonials in Advertising.