Twenty years ago, Robert Wolgemuth and I started a publishing company. We had a dream to publish books that truly made a difference, in people’s lives and in the overall culture. 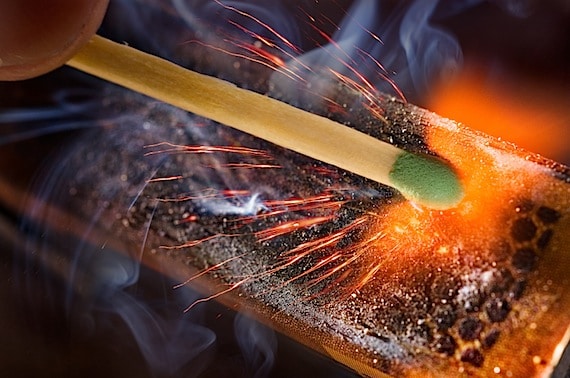 The only problem was that we didn’t have much money. Our competitors had seemingly every advantage, including piles of working capital (or so we thought). All we had was a dream and our ability to respond quickly.

As it turned out, we signed numerous authors for less than the competition was willing to pay, simply because we moved fast and got the deals done. Many authors were willing to give up some advance money, believing that our hustle in signing them would translate into similar hustle in selling their books. More often than not, they were right.

Thus, responsiveness became our competitive advantage. We could never pay more than our competition and usually offered much less. But we could out-maneuver and out-flank almost all of them. We were lean and mean. As a result, we grew rapidly.

Unfortunately, in the 20-plus years since we began that venture, I have learned that there seems to be an inverse relationship between a company’s size and the sense of urgency embedded in the culture.

More often than not, small companies have a sense of urgency. Why? Because their very survival is at stake. If they don’t move quickly, they get squashed by larger, more established competitors.

On the other hand, it is rare to find large companies that truly have a sense of urgency. Their circumstances rarely demand it. They can continue with business-as-usual and do pretty well. Nothing has to be done today or even this week. Nothing is really at stake—or so they think. Often, by the time they wake up, it’s too late.

But in today’s environment, no one can afford to drift along with the status quo. Growth is not a foregone conclusion. Even survival cannot be taken for granted.

The companies that thrive in today’s economy will be those that can shift their cultures from the slower pace of business-as-usual to urgency. Because of this, I have made “Urgency” our annual theme for Thomas Nelson. I want this attribute to permeate every aspect of our culture. I know we have a long way to go.

But first, we have to understand it. To create a sense of urgency, we must do four things well: 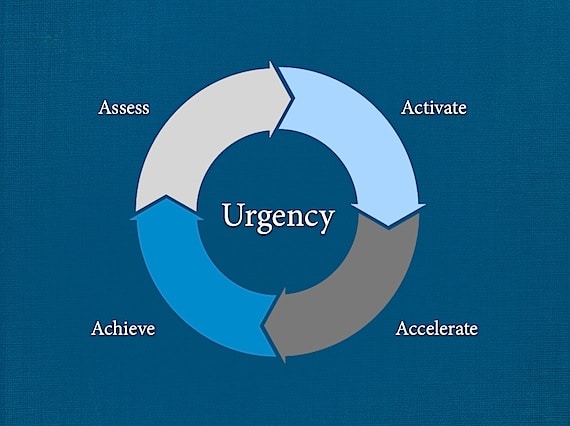 What specifically can you do to create more urgency? Try these:

It’s easy to see a lack of urgency in others, but can you see it in yourself? What else can you do, beginning now, to create a sense of urgency in yourself, your department, and with your projects?