I don’t like conflict. In fact, sometimes I think I am conflictaphobic. (I just made that word up.) I will do almost anything to avoid it. 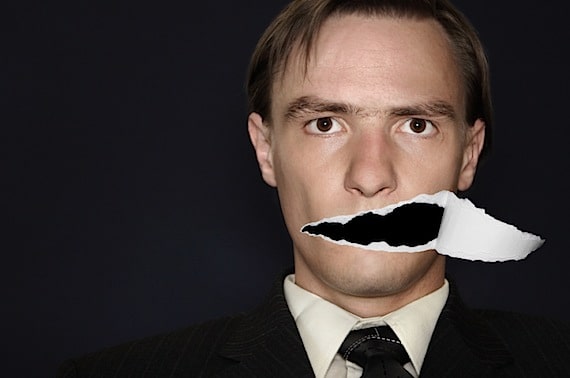 As a result, especially early in my career, I would keep my real opinions to myself. I didn’t want to get in trouble. I thought that if I just complied with the system and kept my mouth shut, I would get ahead.

This was a pretty good strategy for a while. But it didn’t really work once people were counting on me to lead.

Why didn’t I want to speak up? I could feign altruism by saying, “I didn’t want to hurt other people’s feelings.” But that would be a lie. The truth is that I was afraid. It was all about me.

So, I kept quiet. Funny thing is I kept finding myself in situations where I had to speak up. If I didn’t, someone would pay an awful price for my personal comfort.

Years ago, soon after I became head of one of our publishing divisions, I had to confront one of my authors. He was pleasant and cooperative when I spoke with him. But he was demanding, uncooperative, and downright nasty to my staff. Finally, one of them came to me in tears and said, “I’m sorry, but I just can’t take it any more.”

I had to make a choice.

I could let it go, hoping he would improve without intervention … or I could speak up. I wrestled with it all night. I tossed and turned. I got sick to my stomach. I played out every scenario.

Finally, things came into focus: I could either be brave and call him on it or I could be a coward and stop growing as a leader.

Thankfully, I decided to confront him. The next morning I called his cell phone. I was shaking so much, I could barely hold the phone.

I went over the facts. I told him that his behavior was unacceptable. I explained that he would call each of my staff and apologize. He would then send flowers to the person he had offended the most. And if he didn’t? I would stop publication of his book and send him packing.

I was dead serious, and he knew it. To my surprise, he did exactly what I had asked.

I learned an important lesson that day. Courage is not the absence of fear. Courage is the willingness to act in spite of your fear.

My people also learned an important lesson. They learned that I was willing to stand up for them, even at the expense of my own comfort. It drew us closer together as a team.

Frankly, I still find it difficult to be brave. I don’t consider myself to be a courageous person. But now having several of these experiences under my belt, it is a little easier. Now I just notice the fear, pull up my big boy pants, and lean into the situation.

Question: Where do you need to find the courage to speak up? What’s holding you back.
Disclosure of Material Connection: Some of the links in the post above are “affiliate links.” This means if you click on the link and purchase the item, I will receive an affiliate commission. Regardless, I only recommend products or services I use personally and believe will add value to my readers. I am disclosing this in accordance with the Federal Trade Commission’s 16 CFR, Part 255: “Guides Concerning the Use of Endorsements and Testimonials in Advertising.”