by Michael Hyatt
Read 0 words in 00:00 minutes.
I no longer use Standard Theme. The developers have closed up shop and no longer support it. Regardless, I ended up developing my own theme. It’s called Get Noticed! Theme for WordPress. If you’re in the market for a new theme—one designed specially for people who want to build a personal brand—check it out.

One week ago today, I converted my blog to Standard Theme. You probably haven’t noticed much difference, because all the changes have been “under the hood.” I kept the design the same. 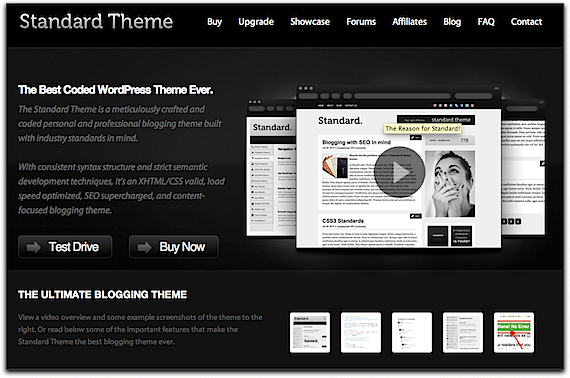 When I had John Saddington redesign my blog last year, he started with the “Daily Edition” theme from WooThemes. It was a great theme and has served me well. But, frankly, the “backend” or administrative side had become a jumbled mess. (This wasn’t WooThemes fault or John’s; it was due to my own constant tweaking.) So I wanted to start fresh.

In the meantime, John and his team at 8BIT had developed their own WordPress premium, called Standard Theme. I am loving it. Since installing it last Thursday, here’s what I have noticed:

If you are looking for a premium theme, I highly recommend Standard Theme. The guys at 8Bit are constantly improving it, and they have a great community of users for support and ideas.

Question: What theme are you using? Have you ever considered Standard Theme?
Disclosure of Material Connection: Some of the links in the post above are “affiliate links.” This means if you click on the link and purchase the item, I will receive an affiliate commission. Regardless, I only recommend products or services I use personally and believe will add value to my readers. I am disclosing this in accordance with the Federal Trade Commission’s 16 CFR, Part 255: “Guides Concerning the Use of Endorsements and Testimonials in Advertising.