When I started blogging, Thomas Nelson was a public company. Our stock was traded on the New York Stock Exchange (Symbol: TNM). When I announced to the lawyers what I was going to do, they got very nervous. They were afraid I might say something that would get us in trouble with the Securities and Exchange Commission. When I told them that I also wanted to encourage our employees to blog, they about had a heart attack. 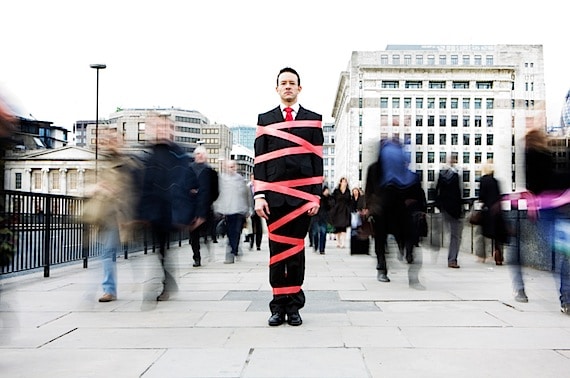 As a compromise, I agreed to let them write a set of “Corporate Blogging Guidelines.” When I got the first draft back, it read like a legal brief. It was full of legal mumbo-jumbo, including words and phrases you never use in real life, like “heretofore” and “aforementioned.” Worse, it was full of overt threats if the bloggers violated the guidelines.

I sat down with them and said, “Guys, I think you have missed the point. I want to encourage employees to blog not discourage them. This is going to scare them to death! Now give me something written in English and strip out all the threats.”

A few days later they came back with another draft. It was better, but still had too much legalese. I finally gave up on them and wrote it myself. I then got them to bless it—albeit grudgingly.

Amazingly, in the six years since that time, we have never had a single problem with one of our employees blogging about something inappropriate. I don’t think this had anything to do with the guidelines. I believe we would have had the exact same result without the guidelines.

However, we now find the experts (i.e., social media consultants and lawyers) saying, “Businesses Need to Formalize Their Social Media Policies.” According to one study,

Only 1 in 7 companies have formalized a process for adopting and deploying these tools, however. Only 1 in 5 of the interviewed companies have created internal policies that govern the use of these tools by their employees. As the researchers noted, quite a few companies struggle with finding the right balance between ‘the social and personal nature of these tools while maintaining some amount of corporate oversight.’”

So what? I say, “hogwash.” This is a solution in search of a problem.

Your company doesn’t need a social media policy and here are five reasons why:

If you really must have a policy, then I suggest this one:

Use whatever social media you want. Feel free to use it on company time. Just use common sense and remember that if you publicly identify yourself with the company’s brand then act in a manner consistent with that brand. It’s in all of our best interests to do so.

Question: Do you agree or disagree?
Disclosure of Material Connection: Some of the links in the post above are “affiliate links.” This means if you click on the link and purchase the item, I will receive an affiliate commission. Regardless, I only recommend products or services I use personally and believe will add value to my readers. I am disclosing this in accordance with the Federal Trade Commission’s 16 CFR, Part 255: “Guides Concerning the Use of Endorsements and Testimonials in Advertising.