For the past few days, I have been reflecting on a few very different retail experiences. I think I have discovered at least one way for bookstores to increase their sales. In a word, it is by eliminating friction. Let me explain. 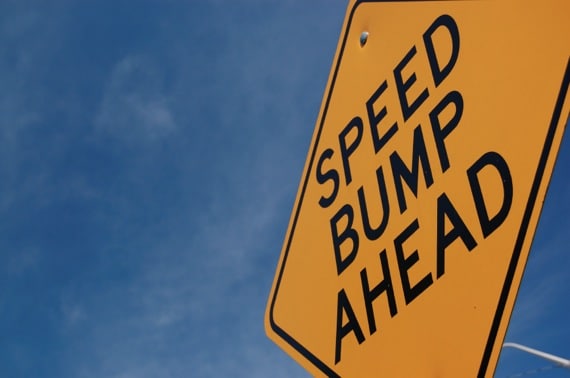 On Thursday I decided to go on a bookstore “field trip.” I visited two major chain stores. I wanted to see what was new and how our books (those published by Thomas Nelson) were positioned.

In the first store, I stumbled across a new book I wanted to buy by one of my favorite authors. As I made my way to the cash register to purchase it, I noticed that there only one clerk working the counter. I was the fifth person in line. Call me “spoiled,” but I don’t like standing in lines.

I nervously looked around. There was not another clerk in sight. I looked at my watch and then looked back at the counter. The clerk seemed to be taking forever. I could hear her explaining the chain’s discount card program. Argh! I thought, I really don’t have time to wait here for 15 minutes. So, I put the book down and left the store.

I then drove down the street to another chain bookstore, which I had intended to visit any way. I figured they would have the book, since it was by such a popular author. Sure enough, they did. I also found another book by an author I didn’t know, but the topic sounded fascinating. So, I again headed to the checkout counter, this time with two books.

Unfortunately, the situation was almost a complete repeat of the first scenario—one clerk with a line of people waiting to check out. Again, I groaned, put the books down, and walked out of the store. I didn’t need either book immediately, so I figured I could order both books on Amazon with “1-click” and have them in two days.

Bryan and Jeffrey Eisenberg, authors of Waiting for Your Cat to Bark, refer to what I experienced as friction. “Friction” is anything that slows the customer down from making a purchase or completing any kind of transaction. Customers will always follow the path of least resistance. If you want to generate more sales, you have to identify the friction points in your selling system and eliminate them.

When Amazon started doing business on the Internet, it had to overcome two major friction points. In the early days, when you made a purchase on the Web, you had to fill out your billing, shipping, and credit card information—every single time. This created a lot of friction. Many people thought it was just easier to go to the store. They didn’t quite trust online retailers with their credit card information, and this process repeatedly reminded them that they were handing over their most sensitive information to complete strangers.

Then Amazon invented the “1-click” system. Customers entered their information once and then never had to think about it again. Buying an item was as simple as clicking a button. This made it easy for Amazon to capture “impulse sales.” They didn’t give customers an opportunity to second-guess their decision.

Another friction point was the shipping cost. Amazon had good discounts and a great selection. But by the time you added the shipping costs, it was often cheaper to buy the book from a local brick-and-mortar store. So, Amazon invented the Amazon Prime Membership. For $79.00 a year, Amazon will pay all your shipping costs and guarantee two-day delivery. This virtually eliminated the last barrier to quick, impulse sales.

The bottom line: less friction means more sales. Is it any wonder that last year traditional bookstore sales remained flat while Amazon sales grew by more than 20 percent? I don’t think so.

But this isn’t just an Internet advantage. With a little imagination, brick-and-mortar stores can create a more friction-free environment. Some are doing so.

Today I went to the local Apple Store. I needed to pick up a small adapter, so I could use my favorite head phones with my new iPhone. When I arrived, I was surprised by the crowd. The store was jammed with people. But I was almost immediately greeted by an Apple clerk, who asked if she could help me.

There were probably ten clerks in the store but only one was behind the counter. The rest were mingling with the “guests.” Each of them wore a lime green shirt and carried a handheld credit card processor.

My clerk led me to the item I wanted and asked if I needed anything else. I told her that I wanted to browse for a few minutes. She said, “Fine. Let me know if I can help you further.” A few moments later, I found another clerk on the floor and told him I was ready to check out. He swiped my card and asked if I wanted to have the receipt printed out or e-mailed to me. I said, “E-mail,” and since I had purchased using this credit card before, they already had my e-mail address in their system. I was done and on my way in less than a minute.

Apple, like Amazon, has figured out how to eliminate friction from the retail experience. If bookstores are going to compete with Amazon, they must follow suit. They could start by having more clerks in the store. Some may argue, “We can’t afford to have more clerks.” Maybe I just don’t understand the economics of bookselling, but when customers like me abandon their purchases in frustration, can they really afford not to capture the sale?