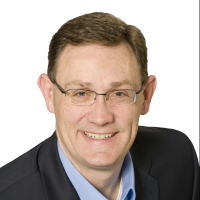 by Sean Glaze
Read 0 words in 00:00 minutes.
This is a guest post by Sean Glaze, a team speaker and motivator. You can check out his blog, and follow him on Twitter. If you want to guest post on this blog, check out the guidelines here.

What do penguins have to do with leadership and changing your toxic team culture? More than you realize. 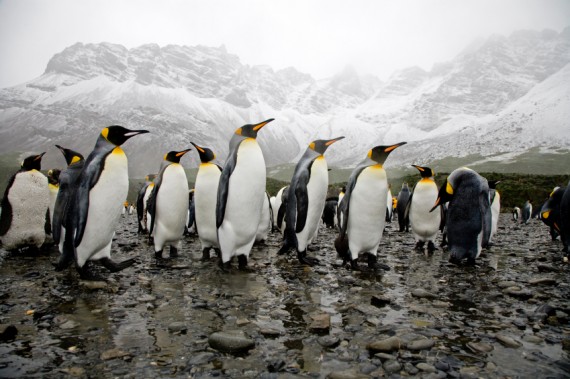 The power of a few can influence the behavior of many. Leadership, as John Maxwell suggests, is really nothing more than influence.

Margaret Mead wrote that we should “never believe that a few caring people can’t change the world. Indeed, that’s all who ever have.”

But when handed the reins of leadership and asked to turn around an organization that has been suffering from toxic team culture, it becomes difficult to keep Mead’s words in mind.

Whether you are a coach taking over a perennial loser, a new principal at a troubled school, or a manager promoted to a new position over a group with low sales numbers, there really is hope!

While I could point to another dry study or survey as evidence, the best illustration of how to change your team culture can be found at the San Francisco Zoo. A few years ago, something remarkable happened there that carries a leadership lesson for all of us.

It involved the behavior of forty-six birds that had been long-time residents of the zoo and the impact that a few transplanted birds had on the original group after they arrived. It happened in 2003, and the birds were penguins.

Penguins are supposed to swim. In fact, those original forty-six penguins had been taking regular leisurely dips in the pool to cool off occasionally and make sure their feathers remained sleek. Life was easy and un-challenging.

Imagine the forty-six of them lying around, eating, swimming, resting, and then repeating the process at a comfortable pace every day of their existence. Perhaps, it sounds much like some of the people in the organization you are intent on turning around. But things changed dramatically when six new penguins moved in from Ohio.

The newcomers, upon their arrival, jumped into the pool and swam. And they swam. And swam some more. In fact, the six penguins from Ohio kept swimming laps all day long. Day after day.

The zookeeper didn’t notice them squawking at or fighting with or nagging the original residents to join them or change their attitudes—they just went about their business of swimming around the pool.

The newcomers started early each morning and kept swimming in circles until they would stagger out of the pool, exhausted, at dusk. What was most amazing, though, is that those six penguins soon convinced the original forty-six to change their leisurely lifestyle and join them.

Sometimes, the shock of a new idea or way of doing things inspires people to live up to others’ expectations and levels of performance. Given the chance, all penguins want to show their abilities, leadership skills, and penguin-hood.

Those six penguins from Ohio changed the lifestyle habits of the other forty-six entirely. The zookeeper was even quoted as telling reporters, “We’ve completely lost control.”

The impressive point was not that the forty-six penguins learned to swim, which they had always done as a pastime, but that they so quickly would change and go into aquatic terminator mode. The Ohio penguins motivated them to change their toxic team culture—and left us a few lessons:

One of the best ways to forge better relationships, clarify your team vision, and build leadership or communication skills is with a team-building event where your people have the time and opportunity to grow together and experience challenges that prepare them to collaborate and learn from each other.

If you are looking to change the toxic team culture in your organization, or if you just need to give your people a chance to turn address a teamwork issue, the answer is often found in taking responsibility for what you can control: your own effort end example.

Team motivation is often the result of one person being bold enough to shake up the status quo with an extraordinary work ethic or enthusiasm that spreads to the entire group.

Andrew Jackson, our seventh president, is credited with saying, “One man, with courage, is a majority.” He became a national hero for his courage in the War of 1812, winning the battle of New Orleans despite being outnumbered and earning the nickname “Old Hickory” for his toughness.

Sometimes a country, team, or even a group of penguins find themselves in need of leadership that is willing to show the way instead of making demands.

By taking action and setting an example for others to emulate, you improve your culture, and give others permission to join the crusade, as well.

Question: What’s an example in which you’ve shown instead of told as a leader? You can leave a comment by clicking here.