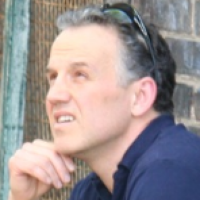 by Dean Dwyer
Read 0 words in 00:00 minutes.
This is a guest post by Dean Dwyer. He is a former teacher who now makes a living online. You can read his blog and follow him on Twitter. If you want to guest post on this blog, check out the guidelines here.

I have been pretty fortunate to have the opportunity to connect with some big hitters online. Aside from Señor Hyatt himself, here are a few of the others who have been gracious enough to give me a significant portion of their time.

How has some guy from Canada been able to accomplish such a feat and is it possible for you to begin doing the same?

The good news is that everything I have done is replicable and you don’t have to move to Canada to do it. I know you just breathed a big sigh of relieve didn’t you?

But before we get this party started, a few words of caution.

First, A-list bloggers get hundreds of emails every day from people who want something from them, whether it’s a product review, a joint venture or advice.

Stand out by giving rather than asking. Let them get to know you as the person who gives and then if an opportunity arises where you can provide tremendous value, then ask.

Second, the point of trying to connect with A-list bloggers should NEVER be because of what they can do for you.

My suggestion is to only reach out to people who you truly respect and look for opportunities to provide tremendous value.

OK so lets get to the good stuff. Here are four powerful strategies I have used to connect with A-list bloggers.

Putting It All into Action

Okay, so imagine that I am just starting in the online world or I have been around for a bit, but have yet to make any significant traction.

If I am going to grow my business then I need to find a way to attract the attention of A-list bloggers like Michael, for instance. So the first thing I would do is make sure I am subscribed to everything he has; podcast, blog, and YouTube channel and I would be following him on Twitter and Facebook.

I would devour all of his material, always looking for a problem he may have that I might be able to solve, so I can start giving. I would also be sure to take his advice and build my platform because I won’t get a second look from anyone if I have don’t have one.

Second, because that platform stuff is so overwhelming (trust me I know; it took me a year to figure out how to set up a podcast) I would sign up for Platform University to accelerate my learning curve.

Not only do I get to learn from a master, but I also have the opportunity to meet some other incredible people who are doing some pretty amazing stuff online.

And here is where I would have an edge over most everyone else who signs up. I would be looking to put all his advice to work with the sole intent to be the best darn testimonial he has ever had for Platform University.

If I can do that, I guarantee I would be able to attract his attention. And once you have someone’s attention, opportunities begin to open up like never before.