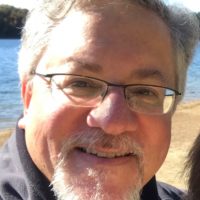 Steve Smith is a Scotland-born, Canada-raised hockey defenseman whose NHL career spanned 15 seasons. He is less well known for winning three Stanley Cup championships than for a single mistake.

In 1986, while a rookie skating for the 2-time defending Stanley Cup champion Edmonton Oilers, Smith took the puck behind his own net and looked up ice for a teammate to hit with an outlet pass. He fired the puck through the slot, but before it reached its intended target, it hit the back of the left leg of Smith’s own goaltender, Hall of Famer Grant Fuhr. The puck ricocheted into the Edmonton net and became the excruciating deciding goal in a 3-2 Oilers loss in Game 7 of a playoff series.

After that disastrous own goal, Smith fell to the ice on his hands and knees, perhaps hoping that a giant hole would open up beneath him and swallow him up.

Our own own goals

We’re going to come back to what happened to Smith after that unforgettable own goal. But first let’s remember that the difference between his own goal and the ones we make in everyday life is that so many people were watching.

We make own goals – unforced errors that hurt and embarrass us – all the time. We have the sale clinched but we keep on talking and talk the buyer out of it. We finish fixing a laptop computer only to stumble over the cord and send it crashing to the floor.

The real question isn’t are we going to make own goals but how are we going to deal with own goals – our own and the foibles of others? And the Steve Smith story turns out to be a good example of what to do after an own goal. Three lessons stand out.

1. Smith didn’t let it define him

After Smith collapsed to the ice, he got back up. His rookie season came to a thudding close, but he played for 14 more seasons. The next season, he played well enough, and with a sufficiently good attitude, that it made a real contribution to team morale.

2. His team didn’t let it define them

Sometimes a bad break can break a team. That was not the case with the Oilers, and their mindset probably had something to do with it. They viewed Smith’s own goal as essentially a hiccup or a speedbump. It was a distraction on the way to better things.

As is tradition, the Commissioner of the NHL presented the Stanley Cup to Wayne Gretzky, all-time NHL scoring leader and Captain of the 1987 Edmonton Oilers. Another less formal tradition is that the Captain, after taking a victory lap, hands the Cup off to a teammate, who holds a special place of honor. Gretzky handed the Cup to Steve Smith, who skated a victory lap around the rink a year after an unforgettable failure.

3. Smith learned from it

The mistake Smith made was one that hockey purists understand was avoidable. He could have – and should have – made a safer pass, rather than one that was sent through the middle of the defensive zone. But rarely does such an error – made dozens of times in the course of a season by even the best players – have such a devastating result.

Smith continues his hockey career as an NHL assistant. Surely there is no one better positioned to pull aside one of his players after he has made a mistake and offer encouragement, with a unique personal story to back up his words.