by Michael Hyatt
Read 0 words in 00:00 minutes.
This is a guest post by Michael Lee Stallard. He is the president of E Pluribus Partners and the primary author of Fired Up or Burned Out: How to Reignite Your Team’s Passion, Creativity and Productivity. (You can download the digital book free.) If you want to guest post on this blog, check out the guidelines here.

Even though we’ve lost a great coach and teacher with John Wooden’s death, he left a legacy that that is especially relevant today: his virtuous leadership style. 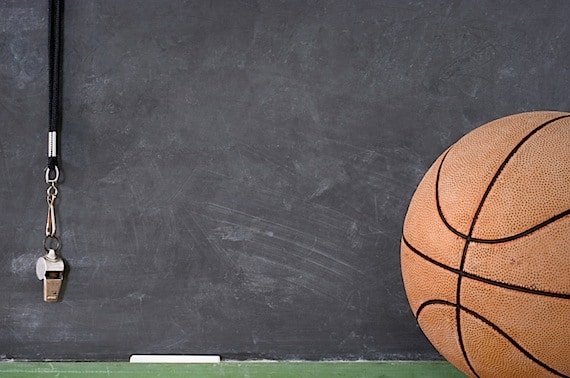 Let me put this in context. Consider two recent data points. In 2009, a research report from the Corporate Executive Board showed that 75 percent of American workers were not engaged and giving their best efforts at work. Of the 25 percent who were engaged, 60 percent were not aligning their behavior with organizational goals.

When you net these statistics out, a whopping 90 percent of employees were not aligned and giving their best efforts. Another well-respected research organization, The Conference Board, released a report in January this year that stated employee satisfaction was at an alarming all-time low and the decline began long before the great recession.

Additional research has shown that an employee’s rational and emotional connection to his supervisor is one of the most important factors affecting employee engagement. Just reading the accounts of Wooden’s former players one can see they felt connected to him in two distinct ways.

First, they respected his knowledge and skill as a basketball coach. This reflects a rational connection.

Second—and what really set Wooden apart—was that they could feel he cared for them as human beings. Wooden once said he became closer to some of his players who weren’t starters because he wanted them to know he valued them. Feeling connected to their coach helped keep the non-starters fired up.

Evidence of Wooden’s care for each and every one of his players is illustrated in this remarkable story.

When Wooden returned from the Navy following World War II to become athletic director and head basketball coach at Indiana State Teachers College, his 1946–47 team received a post-season invitation to the National Association of Intercollegiate Basketball (NAIB) national play-offs. After the coach learned that Clarence Walker, a young African-American, second-string guard on his team, would not be allowed to participate in the tournament because of his race, Wooden declined the offer.

The college basketball world was stunned. (Remember, this is more than two decades before the Civil Rights Act was passed in America.) You can be sure that Wooden faced a considerable amount of criticism and pressure to cave in and go to the tournament.

The following season NAIB officials invited Indiana State again, and this time decided they would allow Clarence to play, provided he didn’t stay at the hotel with his teammates and wouldn’t be seen publicly with them. Once again the coach declined.

Wooden and his wife Nell thought of all the young men on the team as extended members of their family whom they loved, and the coach wasn’t about to allow Clarence to be humiliated. But Clarence and his family saw it in a different light. They were excited about the opportunity for him to become the first African-American player in history to participate in the prestigious tournament.

So they, along with officials from the NAACP, approached the coach to persuade him that attending the tournament would help, not hurt, Clarence and other African-American players. The coach decided to accept the NAIB’s offer, and the team packed up to head to the play-offs in Kansas City.

On their way to the tournament, the team bus stopped for meals. If a restaurant wouldn’t serve Clarence, the coach would make the team get back on the bus. Often the team had to pick up food at grocery stores along the way and eat on the bus.

When Clarence finally walked onto the basketball court to warm up, he appeared to be nearly paralyzed with fear. Many people in the crowd spotted the courageous young man, and they began to applaud. Clarence Walker became the first African-American player to participate in the NAIB play-offs, and Indiana State made it to the finals, where they lost to Louisville.

Because of Clarence’s courage and his coach’s resolve to stand up for what he believed in, the NAIB tournament was finally opened to African-American student-athletes. The following season three teams brought African-American players with them to the tournament.

Wooden also stood up for other people who had less power and status. He watched out for the student managers on the UCLA men’s basketball team by making his players pick up their own towels and trash in the locker room after games rather than expecting the student managers to clean up after the players.

Periodically, Wooden himself would pick up a mop and work along side the student managers to clean the floors of the basketball court which showed that no position on the team was beneath the great coach. Wooden expected his players to respect and be courteous to flight attendants, hotel, and wait staff workers when they traveled. He taught the players that “you are as good as anyone, but no better than anyone.”

Do you think the nation’s best team-oriented players and their parents wanted their sons to play for Wooden after they learned stories like these? If you were a player wouldn’t you want to give your best effort and follow a coach like that?

Wooden reflected “virtuous leadership” that made his players and fans feel connected to him both rationally (for his skill as a coach) and emotionally (for his virtues of respect, fairness, empathy and humility). If American leaders become intentional about developing these and other virtues in themselves, the leaders and the people they lead, 90 percent of people in the American workplace would be doing the right things and giving their best efforts rather than the 10 percent who are today.

All the economic stimulus in the world will not save America if we fail to stimulate virtue and virtuous leadership. If we do become intentional about developing virtuous employees, leaders, and organizations, then America’s productivity, rate of innovation, and global reputation will soar.

Question: Do you have a story about the power of virtue in leadership? Please share it in the comments below.
Disclosure of Material Connection: Some of the links in the post above are “affiliate links.” This means if you click on the link and purchase the item, I will receive an affiliate commission. Regardless, I only recommend products or services I use personally and believe will add value to my readers. I am disclosing this in accordance with the Federal Trade Commission’s 16 CFR, Part 255: “Guides Concerning the Use of Endorsements and Testimonials in Advertising.