The old model of leadership is all about having the answers. According to the theory, you get to the top by being able to answer the tough questions and come up with compelling answers—usually on your feet. 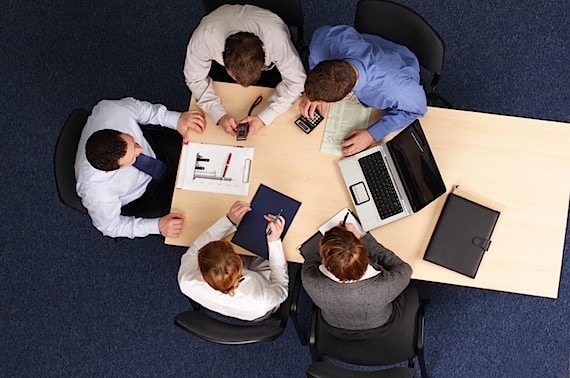 But I am noticing that that a new model of leadership is taking root in many organizations, including our own here at Thomas Nelson. In this model, the leader’s primary role is to initiate conversations that bring out the best thinking of the tribe [affiliate link] and direct those conversations toward a positive outcome.

In our company, we pull our extended leadership team together once a quarter, usually before the All Employee Meeting. I prepare specific content for those meetings. For example, I report on our financial performance and then I try to put those results in context. I then usually talk about where we are going as a company.

However, for the past several quarters, I have also tried to lead meaningful conversations around specific topics. This, I think, has had several positive benefits:

As a practical matter, prior to the meeting I select the topic. For example, last week, I wanted to discuss “corporate strategy.” So I created a series of questions about this topic. I thought it would be interesting to began with this one, “Based on what you know or have experienced at Thomas Nelson, how would you describe our corporate strategy?”

We had about 60 people sitting at eight round tables. I asked people to discuss the question at their table with their small group for 10 minutes. Then I opened the question up to the whole group, and we discussed it for another 10 minutes. The comments were fascinating.

I then made a brief presentation about our corporate strategy, using a model based on Jim Collin’s Hedgehog Concept. I then asked a series of questions based on this.

Sometimes I had the team work on their own for several minutes, sometimes at their tables with their small groups, and sometimes we started directly with the larger group. Each time I would display one or two questions on my slides to guide the conversation.

I tried hard to create an environment that was “safe for dissent,” where people could “speak the unspeakable.” (I think this is especially important if we are to experience true breakthroughs in our company.) When people said something controversial or contrary to the status quo, I affirmed them in real time and attempted to fold their comments into the larger conversation.

As you could imagine, initially people were reticent. They were afraid that if they truly said what they were thinking, they would get into trouble. But gradually, over several quarters, that has largely faded. No one has been fired, or even reprimanded, for speaking their mind. In fact, I find that it has created a much more energetic discussion. More importantly, it actually accelerates the rate of change. The sooner we get issues on the table, the sooner we can address them and find real solutions.

As the leader, I think the key has been to crafting the questions carefully before the meeting. But at the same time, I have had to remain flexible. I have had to sometimes abandon questions or create new ones on the fly as the conversation has unfolded.

Leading powerful conversations is a new way of leading—at least for me. Sometimes it feels a little scary because it is largely unscripted. But I am convinced that all of us are smarter than some of us, and that this is the best way to tap into the wisdom of the team.

Question: How is your leadership style changing? What kinds of questions are you asking?
Disclosure of Material Connection: Some of the links in the post above are “affiliate links.” This means if you click on the link and purchase the item, I will receive an affiliate commission. Regardless, I only recommend products or services I use personally and believe will add value to my readers. I am disclosing this in accordance with the Federal Trade Commission’s 16 CFR, Part 255: “Guides Concerning the Use of Endorsements and Testimonials in Advertising.