Timothy Wiedman was once a top regional manager for a national retail photofinishing company. He worked hard. Thanks to the company’s “use it or lose it” vacation policy, he made sure to play hard as well.

Wiedman’s only requirements before jetting off to some faraway locale? Delegate critical tasks to subordinates, make his boss aware of his absence, and be sure to only schedule vacations during dead periods. Yet despite adhering to those directives, it was the matter of scheduling that became a point of contention, as Wiedman notes that “the company calendar couldn’t be trusted” and his boss often called last-minute meetings that were “too important to miss.” 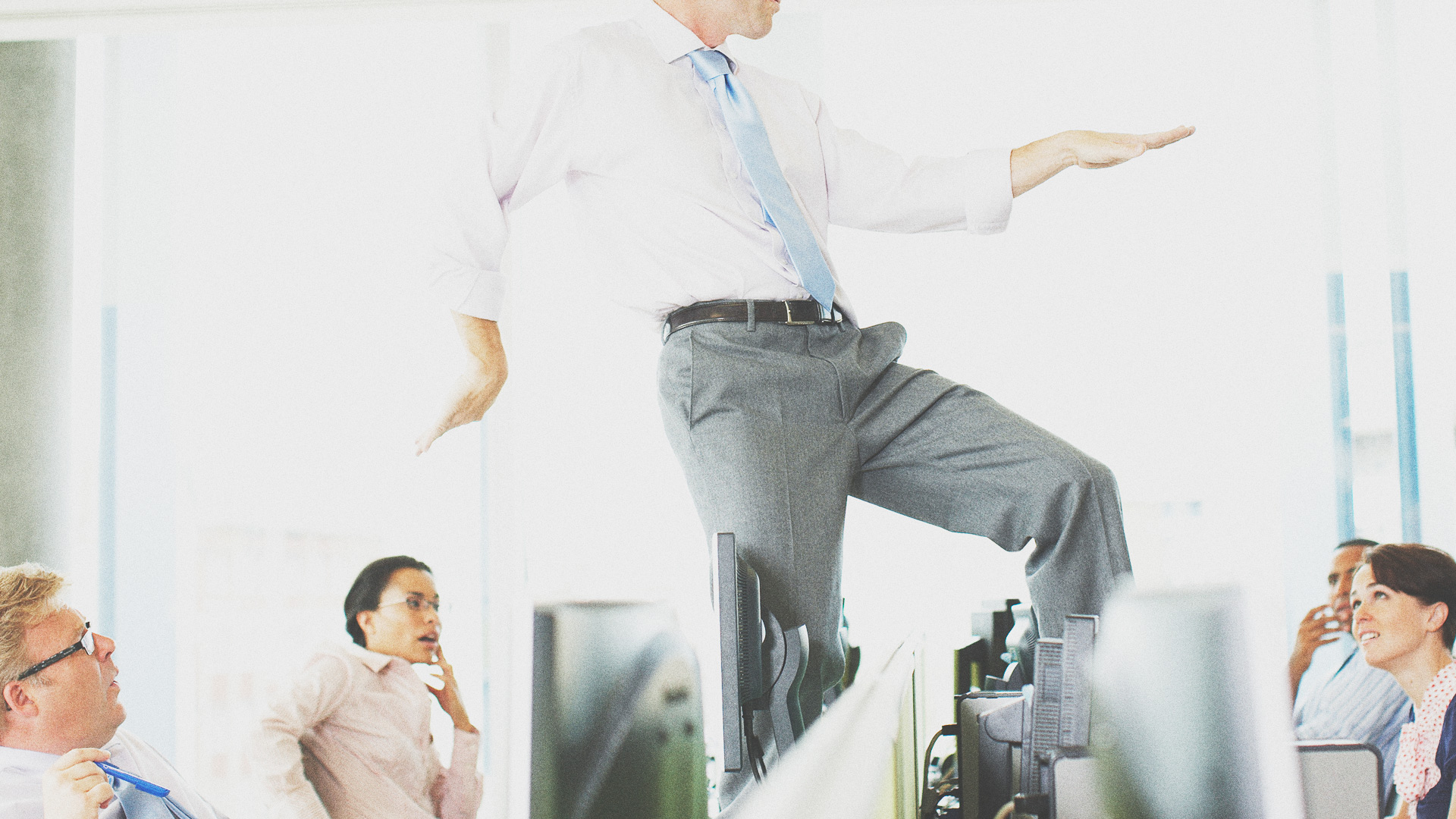 On one such occasion, Wiedman lost a nonrefundable deposit at a lush ski resort when his boss required all regional managers to fly to a ritzy hotel for a 90-minute meeting followed by a company dinner—a dinner that was little more than an opportunity for the boss to announce his own promotion.

“Given the cost of airfare, lodging, and a booze-filled celebration that lasted into the wee hours of the morning, this ‘meeting’ cost the company thousands upon thousands of dollars,” Wiedman says.

While extreme, Wiedman’s story is a perfect illustration of fake or useless meetings, when good corporate intentions quickly devolve into exorbitant wastes of time and money. This is the case even without multiple bottles of expensive champagne.

“Let’s assume we have a one-hour meeting with ten people, and each person’s burden rate—the rate the business pays for this person’s work—is $100; then we have just spent $1,000 dollars,” explains Jon M. Quigley, a product development and project management specialist.

“Maintaining a business case for a specific project, or keeping the business viable while spending a great amount of money to produce nothing substantial, narrows the bottom line and can drive a business to closure. That is the worst case [scenario]. The best case is that this business is not able to compete as well as otherwise possible.”

And as Wiedman experienced first-hand, useless meetings don’t just hemorrhage cash. They can also negatively impact the reputation of their organizers. “By calling and engaging in useless meetings, colleagues and leaders will begin to question if the participants know how to prioritize tasks, manage their own workloads, and discern what is important or not,” says career coach Melveen Stevenson. “This causes an erosion of the credibility and performance of the organizer of the meeting, as well as others who actively participate or advocate for them.”

Who called this meeting anyway?

The online meeting company Fuze compiled their findings on useless meetings into one infographic, and the stats are startling:

Why, then, are fake meetings so prevalent?

“Many leaders schedule or host useless meetings because they are attempting to have their needs met around seeking approval, security, and/or control,” says Emma Kate Roberts, Vice President of Leadership & Transformation at Healthy Companies International and co-author of Conscious: The Power of Awareness in Business and Life.

“These leaders feel insecure in their work environment; meetings are then used to demonstrate to others how much work they are doing or what they are accomplishing. More conscious leaders realize that they can meet these needs from within themselves rather than seeking to have these needs met by others.” 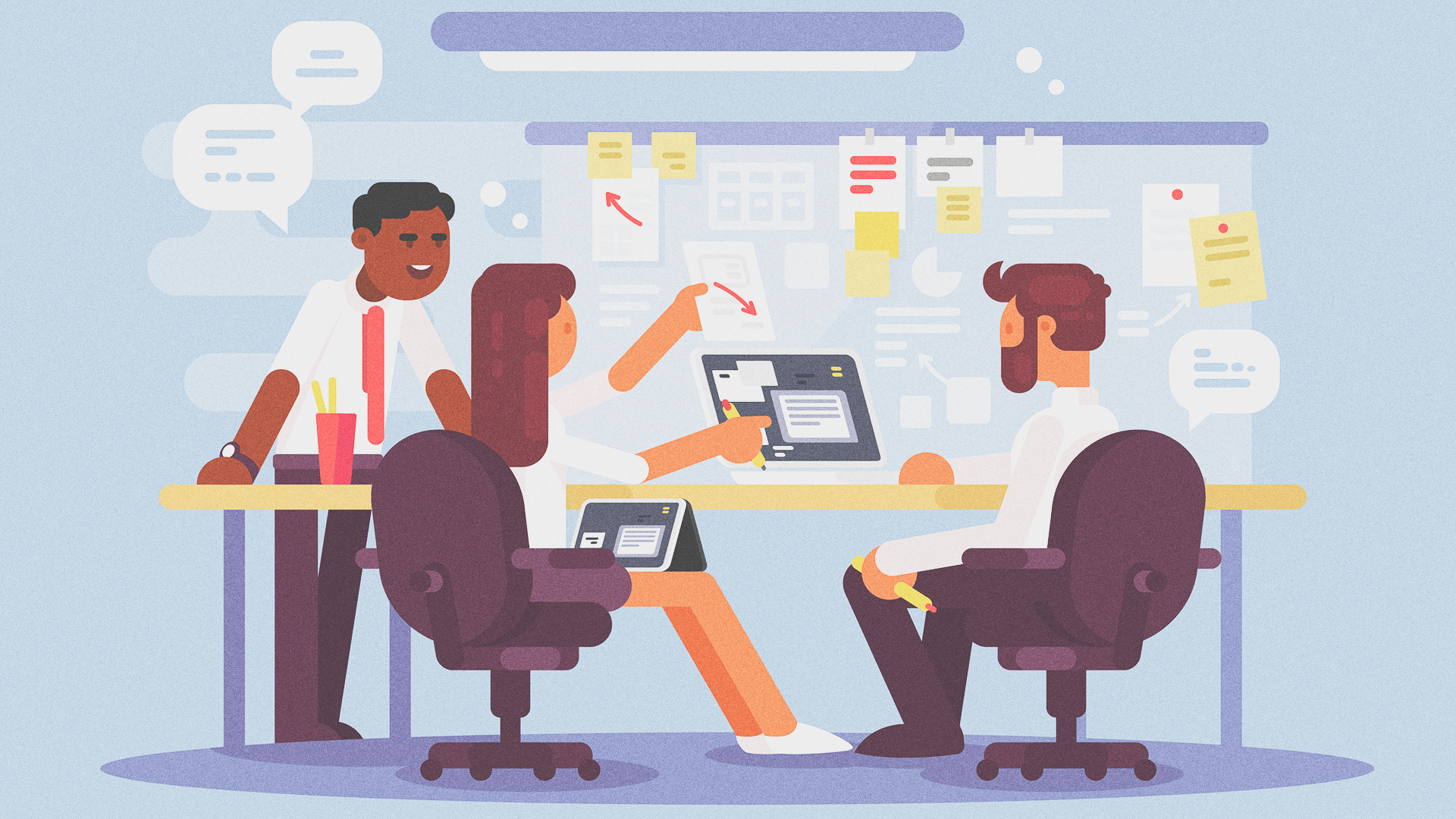 Quigley agrees that insecure leaders often turn to fake meetings, but he offers a different rationale: “I think sometimes the person is not comfortable making a decision and cannot think of a better way to mitigate this lack of comfort. If this is a decision fraught with risk either to the organization or to the individual’s career, he or she may be reluctant to make the decision. To paraphrase, many hands make lite the retribution.”

Meanwhile, Ada Chen Rekhi, founder, and COO of Notejoy says that even when meetings are called for the right reasons, they can quickly turn unproductive if some basic tenets aren’t met.

“If the required decision makers aren’t in the room, then the meeting clearly can’t achieve any meaningful outcomes” Rekhi says of finalizing the invite list. “These are the meetings that feel useless because there isn’t a viable outcome—resulting in a decision made and a path forward—for the time. It’s often better to postpone a meeting until you can get the right mix of people in a room rather than to assemble the group without the right people.”

Even when the right people there, it can still be a waste of time because the organizers fail to set the right goals or agenda. “This is often the trap that recurring meetings fall into,” Rekhi warns. “They originally had a purpose, but over time, as the purpose shifts or is completed successfully, the meeting lingers. Since it’s still on the calendar, people continue to attend out of habit, even though the meeting lacks a clear agenda or purpose. No decisions are made, nor is meaningful work accomplished.”

Then there is the disturbing lack of follow-up. “Meetings where people identify problems but don’t identify courses of action are often useful from the perspective of information gathering or communal venting. But they don’t result in any action being taken to realize the ideas into reality. At this point, a meeting becomes pretty useless because it’s not clear what the path forward is,” she explains.

Avoiding the trap of fake meetings

Steering clear of fake meetings will take some effort, especially when key team members have a tendency to default to routine. But it’s possible, says Jason Baik, VP of Analytics at Peppercomm.

In keeping with Jeff Bezos’s “two pizza rule,” Baik recommends keeping meeting invite lists as small as possible, save for decision makers. “It’s nice to keep people looped in, but every extra body adds precious minutes of potential questions or discourse,” he says. “Forget the politics and consider who absolutely needs to be there to complete the project.”

He also advocates for strict scheduling. “You may want to schedule an hour, but ask yourself if it can be done in 45 minutes. Cut out the fat by starting the meeting exactly on time, and always end once the objective of the meeting has been met, asking attendees to follow up via email.”

Speaking of objectives, Baik believes that the meeting organizer should lead the meeting and prepare an agenda in advance. “If you don’t know why a meeting is taking place, guess what? You don’t really need the meeting,” he says.

It is this notion of determining whether meetings are actually needed that is the best strategy an organization can employ to fight fake meetings.

“Shift your mindset to adopt a different default mode of communication,” Baik suggests. “I follow Mark Cuban’s advice: Emails should be your go-to; calls should be used when needed; and meetings should be last resorts. If you absolutely must meet face-to-face—dig deep here; I would argue that one isn’t needed most of the time—think very carefully about the following: who’s needed, how long is needed, and what needs to get covered.”