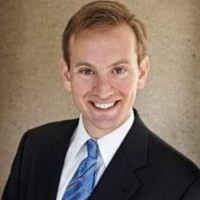 by Rabbi Evan Moffic
Read 0 words in 00:00 minutes.
This is a guest post from Rabbi Evan Moffic, spiritual leader of Congregation Solel in suburban Chicago. He blogs at Rabbi.me and Huffington Post. Author of Wisdom for People of All Faiths, his next book, What Every Christian Needs to Know About Passover, is available February 2015 from Abingdon Press.

I was lucky. When I became the rabbi of my congregation, I followed a revered leader who had served the congregation for 25 years. He welcomed me graciously and lovingly, making it clear to the congregation that I was now the senior rabbi.

Many colleagues have not been as lucky. Leadership succession is delicate and complex. It evokes deep emotions and fears. It raises questions of legacy, mortality, and self-worth.

The Bible provides a rich source of guidance in addressing succession. The paradigmatic example in the Old Testament is the transition from Moses to Joshua.

He is also the one who understands how critical succession is. In Numbers he addresses it head-on, asking God to “appoint a man over this community to go out and come in before them, one who will lead them out and bring them in, so the Your people will not be like sheep without a shepherd” (27:15-17).

Leadership succession is delicate and complex. The Bible provides a rich source of guidance.Rabbi Evan Moffic

God answers Moses by appointing Joshua his successor, instructing Moses to ordain and bless him before the people. It works. Joshua is accepted by the people, and he becomes an extraordinary leader.

What made this transition so successful? What can we learn from it?

I remember when, eight years ago, the president of my rabbinical seminary blessed me. He laid his hands upon my head. He whispered words into my heart. It felt as if the presence of God dwelled in-between us. It gave me more confidence than any mere document or words ever could.

The ability to transition was only one of Moses’ leadership gifts. You can discover 20 more in this free gift: 20 Leadership Tips from Moses.