I have been quietly using the new MacBook Air for the last 30 days. I haven’t written about it until now, because, frankly I didn’t know if I would like it. However, after using it for 8–12 hours a day over the last month, I can honestly say it is the best computer I have ever owned. 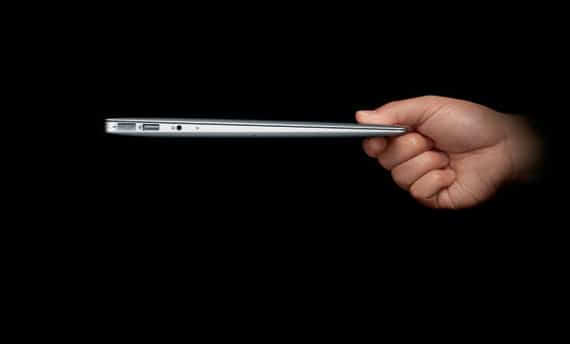 When Steve Jobs announced the new Air computers on October 20, 2010, I was intrigued. While I have always been impressed by this model’s size, I couldn’t imagine it replacing my beloved MacBook Pro. I saw three major obstacles:

However, two of my power-user friends, John Saddington and Michael Sliwinski, had bought the new MacBook Air and were raving about it. It fact, they were gushing that it was the best computer they had ever owned. So I decided to take a second look.

The first thing I did was relegate all my media—music, photos, and movies—to the G-Drive. When I analyzed my usage, I realized that I didn’t need constant access to these files, especially since I keep my favorite music on my iPhone and only access my photos once a week or so. Everything else fit on the Air’s drive, and I currently have 122GB of drive space free.

Here’s what I love about the Air:

The only thing I really miss from the MacBook Pro is the backlit keyboard. This is really nice in low-light situations like an airplane at night. Other than that, the Air has completely replaced my previous computer. (By the way, I don’t use a desktop computer. This is my sole machine.)

If you are in the market for a new laptop, I recommend taking a look at the Air, especially if you have been considering the MacBook Pro. In addition to the benefits I listed above, it is also about 30% cheaper. I can’t imagine going back to a bigger machine.

Question: Have you considered the MacBook Air? You can leave a comment by clicking here.
Disclosure of Material Connection: Some of the links in the post above are “affiliate links.” This means if you click on the link and purchase the item, I will receive an affiliate commission. Regardless, I only recommend products or services I use personally and believe will add value to my readers. I am disclosing this in accordance with the Federal Trade Commission’s 16 CFR, Part 255: “Guides Concerning the Use of Endorsements and Testimonials in Advertising.