One of the things consumers want in the current economic environment is value. They are reluctant to part with their hard-earned cash, unless you promise to save them money or give them more for the same money. 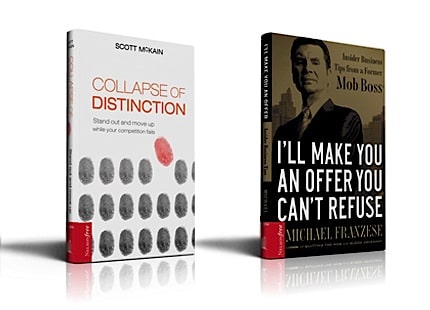 Last fall, we were having one of our Quarterly Leadership Meetings. It was clear to us even then that readers were seeking greater value. We discussed a variety of options, including creating less expensive versions of our bestselling books.

Allen Arnold, the publisher of our fiction division, suggested that we might want to consider making available PDFs, MP3s, or other electronic formats with our books. I thought this was an interesting idea, so we discussed operationally how that might work. We didn’t really come to a conclusion; we just agreed to give it some more thought and come back with a proposal.

However, Joel Miller, the publisher of our business and culture division, took the bull by the horns. He developed a logo and a complete program. He also got two of his authors on board to launch NelsonFree with us. We announced the program yesterday. (See the Publishers Weekly story.)

The NelsonFree program allows readers to experience their content in multiple formats—the physical book, the audio book, and the e-book—without making multiple purchases. Traditionally, if readers want something beyond the printed word, they have to buy another copy of the same book. With NelsonFree, the everyday price of the hardcover book includes both the audio and the e-book.

Accessing the content is easy. After readers purchase a book with the NelsonFree logo, they receive a code that enables them to download an audio MP3 file and several types of e-book files, including EPub, MobiPocket, and PDF.

As Joel said in the press release, “The book is, in a sense, trapped by its format. And so is the consumer—locked into choosing one format over another or shelling out scarce funds for the same book in different wrappers. By freeing the book we free the reader to get greater use and enjoyment of our titles.”

After the announcement yesterday, we received a lot of great press. The Huffington Post called it “the biggest news in publishing since the Kindle.” They went on to say,

In the smartest move in years by the troubled book industry, the Thomas Nelson imprint announced a series of new titles it is releasing this year in the ‘NelsonFree’ format.

… taking advantage of the internet and cheap distribution methods, Nelson has dragged the book world into the 21st century…. If Random House and Ballantine and Simon & Schuster and the rest have a brain in their heads, they’ll follow suit immediately.”

Kudos to Joel and his team for a very innovative and timely idea.

Question: Would you be more inclined to buy books that have this feature?
Disclosure of Material Connection: Some of the links in the post above are “affiliate links.” This means if you click on the link and purchase the item, I will receive an affiliate commission. Regardless, I only recommend products or services I use personally and believe will add value to my readers. I am disclosing this in accordance with the Federal Trade Commission’s 16 CFR, Part 255: “Guides Concerning the Use of Endorsements and Testimonials in Advertising.