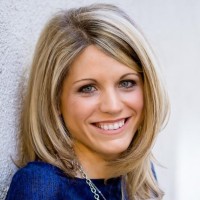 by Crystal Paine
Read 0 words in 00:00 minutes.
This is a guest post by Crystal Paine. She is the New York Times bestselling author of Say Goodbye to Survival Mode. Her blog, Money Saving Mom, is one of the most popular on the web, currently averaging a million readers per month. You can follow her here on Twitter.

A friend emailed me recently asking for counsel. He’s been working really hard growing his online business—putting in lots of time and effort—and he’s discouraged.

While he had seen some really significant growth for a few months, it now feels like it’s at a standstill or even dropping off. He’s frustrated because he’s put in so much effort and it feels like he’s just not seeing the results he’d like to see.

I could relate to him in many ways, because I’ve had a similar major setback in my business in the last few months. For months, my Facebook Page had been growing like crazy—to the tune of thousands of new followers every single week!

I’d experimented with a lot of different things and found a system for how and when to post that was working incredibly well to keep engagement and click-throughs really high.

For months, this system produced amazing results: our Facebook followers grew by over 200K in 2013, our traffic numbers doubled, and our unique visitors almost doubled. The growth was phenomenal and it was all organic, without us spending any money out of pocket to advertise on Facebook.

And then, in February of this year, we had a Facebook post go viral unlike anything we’d ever experienced before. It was insane—and I was so excited!

But about five days later, something weird happened and it was as if Facebook decided to no longer show any of my posts to anyone. I’m not kidding.

For weeks, we tried everything under the sun I could come up with, and it was as if nothing was working. Only about 1-3 percent of my followers were seeing most my posts.

Honestly, I’d never experienced something like this before. Always in the past, if we’d hit a hiccup with Facebook, after a few days of experimenting, I could figure out how to tweak our posting methods so that we’d be back to normal—or better.

But this time, nothing worked. I researched, prayed, talked to other Facebook Page owners, researched some more, prayed some more, and yes, I felt like pulling my hair out.

We had depended so heavily on Facebook for traffic, that when the bottom fell out, it hurt every part of our business. I worried about what it would mean long-term if things didn’t pick back up again. And this frustration spilled over into many areas of my life.

About three weeks ago, I finally realized that all of this worry and frustration was accomplishing nothing good. I had done everything I could do to fix the problem and it was time to step back and re-evaluate Facebook, the business as a whole, and how I was going to pick back up and start afresh.

Here are four actions I took that enabled me to rebound from my setback—not only giving me a lot more peace, but also helping me to have renewed passion and purpose.

This dip in traffic and Facebook engagement caused me to realize that some of my enthusiasm and fulfillment was being fueled by numbers, not purely by passion. In fact, I was frustrated and discouraged when the numbers dropped so suddenly.

I had to go back to the why behind what I’m doing. If I don’t know why I’m doing something, if there isn’t heart and purpose behind it, when things get tough, it will be hard to stick with it.

The past few weeks, I’ve spent time mulling over all the reasons I started MoneySavingMom.com in the first place. It wasn’t so I could build a large platform or have a thriving Facebook Page (Facebook Pages didn’t even exist when I started!).

No, it was so I could help people find practical ways to save money and ultimately, experience the freedom and blessing that comes from living with intention.

Reminding myself of the why behind the what has really changed my perspective, renewed my enthusiasm, given me a burning drive to continue on—and maybe to resurrect some of the types of posts/series that I used to write when the blog was still in its early stages.

Setbacks can discourage and dishearten us if we focus on how far we are from where we’d hoped to be. And I spent weeks carrying around discouragement over this situation. But then I finally woke up to realize how unproductive this was.

Truth be told, a few years ago, I would have been thrilled to be where we are right now business-wise. It’s far beyond what I could have ever dreamed or imagined.

When I stopped feeling frustrated and, instead, looked at the enormous blessings, I was able to see so many, many incredible things to be grateful for. And this really encouraged and excited me!

Because of the changes with Facebook, I have to change my expectations and projections and goals. This is not failing; this is being realistic.

I need to stop comparing things to what they once were and start creating new goals and projections based upon where things are right now. Otherwise, I’m going to feel overwhelmed, constantly behind, and like I’m perpetually failing.

Taking the unrealistic expectations off my shoulders gave me massive relief. And it has allowed me to start celebrating the small wins again!

Social media and online marketing is constantly evolving. If I want to stay ahead of the curve and keep growing my business, I have to be willing to tweak my game plan—or occasionally throw it out and start fresh!

I stepped back and started examining what other options and opportunities for growth were out there—such as Pinterest, Google+, our email list—and started strategizing ways to build those areas of the business and improve our return on investment. I also read articles and watched other Facebook Pages to see what they were doing effectively.

By changing my strategy and focusing my efforts in a few different areas, we have slowly been bringing our traffic numbers back up. They aren’t where they were back in November, but I’m so encouraged by the continued upward trend. In addition, I’m also grateful for how this experience has challenged me to stop putting all of my eggs into the Facebook basket.

Derek Halpren had warned me at the Platform Conference that it was dangerous to be depending upon Facebook for so much of my traffic. He was every bit right when he said that they are in control of my traffic and can choose to pull the plug at any time.

I’m now more convinced than ever of the need to make building a strong email list a high priority. It might not be as hip or trendy as social media, but an email list is truly one of the strongest assets you have as a business owner turn one-time visitors into long-term and loyal followers.

P.S. I cannot recommend the Platform Conference highly enough! I went to the conference hoping I’d pick up some new ideas and inspiration for how to continuing growing my platform. Instead, I left the conference with a completely new plan of action and approach for my business.

The speakers and attendees were not only inspiring, but they challenged me to think far outside of my current business strategy. I only wish I had learned this information sooner! And without a doubt, I can say that the money I spent to attend the Platform Conference was truly the best money I’ve ever spent on any conference in my life. Yes, it’s that good!