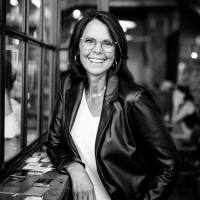 by Michele Cushatt
Read 0 words in 00:00 minutes.
I am on sabbatical for the next few weeks. While I am gone, I have asked some of my favorite bloggers to stand in for me. This is a guest post by Michele Cushatt. She is a communicator and storyteller whose speaking experiences include Women of Faith, Focus on the Family, and Compassion International. You can read her blog and follow her on Twitter.

For months I wrestled with a new book idea. I didn’t want another rejection. So I crafted a killer proposal, polished the chapters, and sent it off to a publisher. Then I waited. And waited. The only time I’d gladly wait so long for results is on a deathbed.

It’d been six years since I first started writing. Finally, after thousands of hours spent learning, creating, and rewriting, I believed my time had come. My book would be published.

Only that’s not what happened. Within a couple short weeks, I received one more painful rejection to add to my pile. Defeated, I threw myself a five-star pity party and contemplated torching my manuscript in the backyard. Surely flames would make me feel better.

In between tears and rants, I asked myself the same question I torture myself with at least once a week:

Why do I keep doing this to myself? Why, oh why, do I keep writing?!

Of all the crafts to pursue, writing must be the most grueling and least rewarding. I can think of a hundred occupations with much better effort-to-success ratios than this one. Even baseball players post better stats than writers do. And I’m convinced we work harder.

So why did I continue to try? Why did I keep cranking out proposals and posts, when rejection seemed the constant response? I wasn’t sure my ego could take any more hits. I didn’t have enough confidence left to even call it an ego.

It’s been nearly a year since that rejection. I mourned my failure for weeks. But eventually a circle of steadfast cheerleaders—including Michael Hyatt—urged me back into my writing chair. And I tried again.

Only I wasn’t the same writer I was before the rejection. Somehow that “failure,” as big as it seemed, became the groundwork for success. It changed me. I knew my message better, believed it more, and found my voice. All because of one more “no.”

If you’re a writer (or blogger or leader) weary of rejection, you’re not alone. I’ve yet to meet a writer who doesn’t contemplate quitting. But a “no” might actually be a “yes.” It all depends on vantage point.

Resist defeat. Lean in. Why? Because a publishing rejection is packed with the following four rewards:

I often receive manuscripts and proposals from in-progress writers asking for advice. One of the most common flaws I encounter is a weak message. The writer hasn’t spent enough time with it, hasn’t sharpened it to a powerful, focused point. It’s stiff, bland, and emotionally distant.

My proposal had the same flaw. The “no” forced me into a space to refine it, find my voice in it, and make it better.

It pains me to admit it, but part of my drive had a less-than worthy motive: I wanted the unpublished monkey off my back. My speaking schedule takes me around the United States, and at every turn someone asks, “How many books do you have out?” I cringe, feeling somehow less-than worthy.

After this “no,” however, I cared less about public opinion. I wanted to write this book because the message mattered to me. It was worth the honor of my effort, regardless of the publishing outcome.

Author Henry David Thoreau said, “How vain it is to sit down and write when you have not stood up to live.” While you wait to be published, life is being lived. Unfortunately, we spend too much time dreaming of what’s ahead to the exclusion of the incredible stories unfolding in the present.

Today’s painful circumstances are tomorrow’s killer content. After my painful rejection? I wrote a raw and honest blog post. As of today, it remains one of my most popular posts.

I know, I know. I get weary of character building, too. What doesn’t kill you makes you stronger, right? The problem is I believe writing could, in fact, kill me. It’s difficult. Exhausting. And frustrating. Death would be easier. But hardship is the surest crafter of character.

There are no shortcuts to great books and great authors. Life itself is the teacher, and to circumvent the experience of it is to cheapen the end result.

Are you facing a “no”? Go ahead and rant for a while. Maybe torch the rejection letter in the back yard. But then welcome the “no” as a means to a better story.

By the way, I’m shopping that same proposal again. It may or may not sell. But it’s better.  All because of one more “no.”