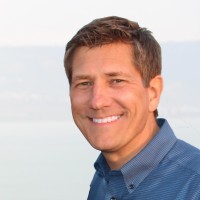 When you see a group of friends roar with laughter after taking a selfie, you can bet they used a warp app to capture the moment. Like the funhouse mirrors of yesteryear, the app stretches our bodies and squeezes our faces to hilarious extremes. We have to laugh because the reflection has nothing to do with reality.

I’ll never forget the day a fellow leader poked his finger in my sternum and severely criticized my leadership. I stood speechless, not because his words were true, but because his criticism mirrored the very flaws he manifested in spades. In censuring me, he revealed his own warped selfie—but this one wasn’t so funny.

Every leader carries a selfie stick. We must. After all, effective leadership requires we take a good look at ourselves—not only from our own vantage point, but that of our teammates as well.

Our position of authority doesn’t bestow a supernatural ability to see the truth. Our authority can, in some cases, do the exact opposite. If our self-awareness gets warped—and we see ourselves far different than reality—we can begin to lead with directives that merely prop up our fragile ego.

We’ve all known leaders oblivious of—or unwilling to see—their weaknesses. The emperor has no clothes, but no one has the guts to say so. In such an insecure environment, many people prefer to let the king continue the charade rather than to speak up and lose their heads.

Truth be told, we all have blind spots that hinder our self-awareness. Personality tests can offer a great starting point on our journey to self-awareness. After all, no one fails a personality test! These assessments have no wrong answers because their goal is self-discovery. The real test comes after you get the results.

Chicken in My Teeth

But self-awareness means more than knowing the strengths and weaknesses of your personality. It also means understanding how others may react to your temperament. One time, I asked several colleagues to give me some honest feedback.

Along with the affirmations, they opened my eyes to a blind spot in my leadership. Hearing their words felt like staring in the mirror after a social event and—horror of horrors—seeing chicken in my teeth!

I had no awareness of the flaw they saw. Honestly, I struggled to face the truth. I later went to each person and apologized for how I had blown it. And I’ve tried to pay attention to that blind spot since then. It was a tough assignment, but worth the work.

I’m convinced that a wise leader welcomes feedback. Only a foolish leader thinks she has already arrived. And in a way, she has. She’ll make no progress. Why? The problem always lies somewhere else. But it takes tremendous courage to dig the lint out of your navel, examine it, and own it!

I urge you to invite those who work over you, beside you, and under you to offer some honest feedback. It isn’t easy, believe me, but it’s essential. Is it disappointing? It sure can be! But like a doctor who discovers a spot on a lung, we know it’s better to acknowledge the issue and deal with it than to waste—and eventually lose—our influence because of our disregard of the disease.

The path to effective leadership begins after seeing our true reflection. Knowing about it only makes it better if we deal with it. Don’t filter or delete your selfies. Instead, take a good look. Authentic self-awareness plays an essential role in leadership because truth wins in the end. Trying to lead by faking it may allow some leaders to sidestep the truth for a while. But reality shows up in the long run.

Authentic self-awareness plays an essential role in leadership because truth wins in the end. Wayne Stiles

Good leaders pursue more than the bottom line. They see character as their primary means of influence. Our lasting legacy will come more from who we are than from what we have done.