Sometimes when I speak with marketing executives about social media, they seem to get it. But they don’t. Not really. They falsely believe that Twitter and Facebook are like every other broadcast channel. They see it as an opportunity to blast their message out to thousands of followers—for free!—and sell them stuff. 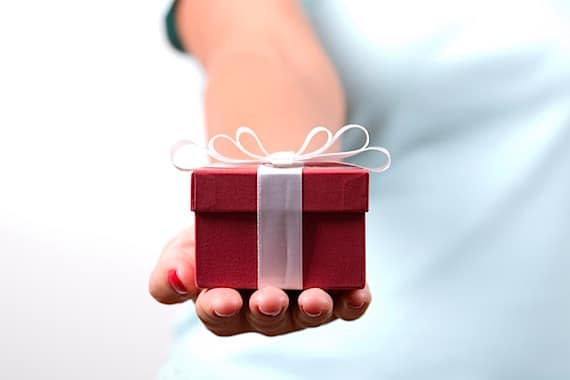 My response? No. No. NO! A thousand times, no! Twitter is not a broadcast medium.

Twitter and Facebook are relational tools not transactional tools. Contrary to what many think, social media rewards:

It is a vehicle that appeals to people’s deep, God-given desire to connect. It works when there is trust. When it becomes just another form of spam (violating people’s trust), it fails to be effective.

For example, on Sunday morning, Chris Brogan posted a video review of his new Eagle Creek Tarmac 22 carry-on bag. I happened to be in the market for some new carry-on luggage, and Chris is someone whose opinion I respect—especially since I know he is such a road warrior. I immediately went onto the Eagle Creek Web site, found a local retailer, and bought one that afternoon. (I love it, by the way!)

Chris wasn’t trying to sell me. He wasn’t engaged in marketing—at least, not in a traditional sense. He was simply being helpful by sharing something that he believed was valuable. And, because I trust Chris’ opinion, I took his advice and bought the luggage he recommended. This is how social media marketing works. You have to jettison the old interruption-based, traditional marketing model. It just doesn’t work any more.

But Chris wasn’t asking me for anything. In fact, he rarely asks for a commitment from his followers or blog readers. Instead, he faithfully gives to his audience, day after day. He practices digital generosity. As a result, when he does ask for something, his followers and fans respond.

This phenomenon is what I have come to call the 20-to-1 rule. It represents a ratio. It means that you have to make 20 relational deposits for every marketing withdrawal. This isn’t science. I don’t have any hard, empirical evidence to prove it.

But I have observed that if you just keep asking people to do something—buy your book, come to our conference, sign up for our cause—without making adequate deposits, they will begin ignoring you. Eventually, they will unfollow you and disconnect from your updates.

No one wants to be spammed. Not today. There are too many alternative sources of content. If you want to build a social media platform, one where people listen to you, then you have to be a giver not a taker. I think 20-to-1 is about right.

Questions: What do you think? Do you think this ratio is about right? How have you observed it in your online interactions with people?
Disclosure of Material Connection: Some of the links in the post above are “affiliate links.” This means if you click on the link and purchase the item, I will receive an affiliate commission. Regardless, I only recommend products or services I use personally and believe will add value to my readers. I am disclosing this in accordance with the Federal Trade Commission’s 16 CFR, Part 255: “Guides Concerning the Use of Endorsements and Testimonials in Advertising.