Almost a month ago, I video-taped the unboxing of my new Amazon Kindle 3 and posted it here on my blog. I shared my initial impressions. However, after using it for almost a month, I wanted to share my thoughts here in a little more depth. 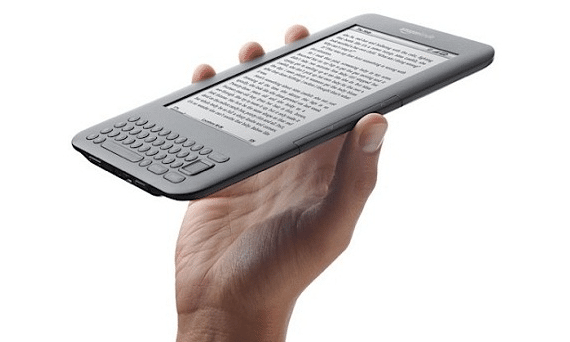 I should start by saying a few words about the iPad. I have pretty much set it aside. Why? Two reasons.

First, it isn’t sufficiently powerful enough to replace my laptop. If all you do is consume media, the iPad is great. It is lighter and smaller than most laptops, and thus easier to lug around. But, if you create content like I do—blogs posts, presentations, and other documents—you might find it too cumbersome. I did. It did not replace my laptop, and I ended up carrying both devices around.

Second, while the iPad can do much more than the Kindle, I found this multi-function capability frustrating. While reading, I was constantly tempted to pop out of the iBooks app and check my email or Twitter account. The iPad is also much heavier, and I found the backlit display tiring to my eyes. I just didn’t find that it contributed to “an immersive reading experience.”

Consequently, I think we will see a growing divergence between smaller devices: multi-function tablets like the iPad and dedicated eReaders like the Kindle. I think you have to assess your own needs and workflow to determine which is right for you. For now, I am sticking with the Kindle 3.

So far, I am loving the Kindle 3. I am carrying it with me everywhere. The only downside is that I am back to taking notes in my Moleskine notebook (as opposed to Evernote on my iPad), but that is not a big loss. Best of all, I am finding myself voraciously reading again. I was starting to lose this with the iPad, and it made me nervous about the future of book publishing.

Amazon says that Kindle users buy 3.3 times the number of books as non-Kindle customers. If my experience is any indication, I can definitely see why.

Questions: Do you have a Kindle 3? What has been your experience?
Disclosure of Material Connection: Some of the links in the post above are “affiliate links.” This means if you click on the link and purchase the item, I will receive an affiliate commission. Regardless, I only recommend products or services I use personally and believe will add value to my readers. I am disclosing this in accordance with the Federal Trade Commission’s 16 CFR, Part 255: “Guides Concerning the Use of Endorsements and Testimonials in Advertising.