Thirty years ago, when I first got into the book publishing business, it was an elitist occupation. Publishers met in smoke-filled board rooms and made decisions about what the reading public should read. It never occurred to them to ask the readers themselves. 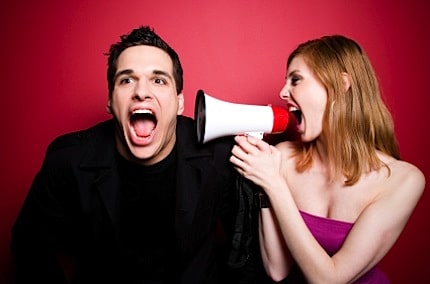 However, as the new marketing director for a fairly successful imprint, I didn’t know any better. I naively decided to conduct a consumer research project. I wanted to know more about what influenced readers to buy our books. Was it an advertisement for the book, an interview with the author, merchandising in the store, or perhaps the simple recommendation of a friend? It seemed like an obvious question.

In those days (before the Internet) we had to conduct research the old-fashioned way. It was a hassle and took a lot of time. I printed 25,000 4″ x 6″ cards and had our warehouse randomly insert them into the books we were then shipping. Each card asked a few questions and then invited the reader to mail it back to us at our expense. Within about six weeks, we had received more than 1,000 completed surveys.

Then, with the help of my assistant, I tabulated the results. My boss, who had been supportive of the project, invited me to present my findings to the monthly “pub board” meeting. This was the first time I had ever attended such a meeting. I was really nervous.

Nevertheless, I assumed that the executives in attendance would find the results of the survey as fascinating as I had. After all, we would no longer need to guess about the efficacy of our marketing efforts. Instead, we could focus on those methods the consumers themselves said were the most effective.

Little did I know that this wasn’t how things were done in the book publishing world of the 1980s. The executive vice president in charge of the division—the publisher—got more and more angry as I presented the results of my survey. He didn’t say anything until I finished. Then he erupted.

He attacked my motives and my methodology. He really didn’t care what the readers thought. We (the publishing house) would decide what books were published and how readers found out about them. “That’s our job!” he insisted. Then he suggested that if I didn’t know the answer to the question already, “without wasting the company’s money doing research,” perhaps they had the wrong man for the job. I left the meeting stunned, certain that my career was over.

About a month ago, we decided at Thomas Nelson that we need to be more intentional about how we used the spines of our books as a component in the marketing mix. After all, with more than 500,000 new titles being published in the U.S. last year, 95% of them will appear “spine out” in bookstores—if they get stocked at all. (This is opposed to “face out,” where the consumer can actually see the front of the book without taking it off the shelf.)

As a publishing group, we felt like we needed to add our name to our logo on the spine, but we had a difference of opinion within the publishing house about how that should be treated. So, rather than sit in a cloistered room and pontificate, we decided to mock up three possible treatments and ask consumers directly.

I invited the readers of my blog to participate in the survey, and we also posted a link on the home page of the Thomas Nelson site. Amazingly, we got over 1,000 responses in less than 48 hours. It cost us almost nothing and the results were tabulated automatically in real time. The results?

More than 63% of the respondents preferred that the Thomas Nelson logo appear on the spine against a solid black background, as depicted in this image: 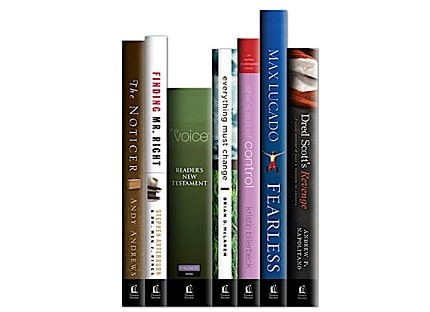 Prior to this research, our internal position was that the publisher’s name and logo didn’t matter to the consumer. According to this view, consumers were primarily focused on the author’s name and the book’s title or subject matter.

However, more than 500 people actually left a comment on the survey. Many of them reported that “Thomas Nelson” did mean something positive to them, and they wanted to see it more prominently displayed on the spine.

So, based on this research, we will be introducing a new design for our book spines, effective immediately, We will change our “backlist books” (books that have already been published) as they are reprinted.

So thanks to everyone who participated in the survey. We readily admit that we don’t have all the answers. We count on your input and are listening carefully to what you have to say.

Question: What else do you wish publishers did differently?
Disclosure of Material Connection: Some of the links in the post above are “affiliate links.” This means if you click on the link and purchase the item, I will receive an affiliate commission. Regardless, I only recommend products or services I use personally and believe will add value to my readers. I am disclosing this in accordance with the Federal Trade Commission’s 16 CFR, Part 255: “Guides Concerning the Use of Endorsements and Testimonials in Advertising.