If you are going to be an effective leader, you must be able to enter into your followers’ world. In fact, if you are going to influence anyone for anything—whether it is your boss, your employees, a client, your spouse, or even your kids—you are going to have to get really good at incarnational leadership. 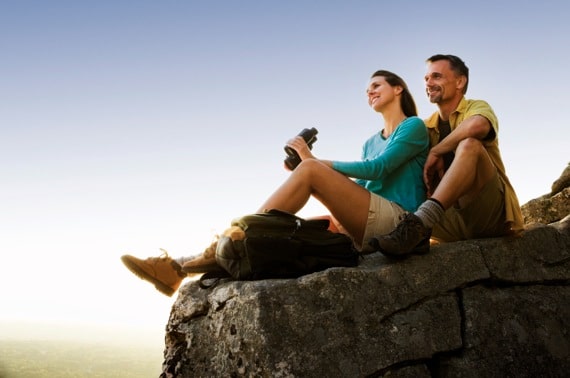 This leadership principle is based on the Christian teaching that “the Word became flesh and dwelt among us” (John 1:14a). Imagine that: God entered into our world in order to bring us back to Himself.

Similarly, when Jesus chose his disciples, he didn’t enroll them in a workshop. He didn’t ask them to read a stack of books. He didn’t even ask them to sit down and listen to him preach. Instead, “He appointed twelve, that they might be with Him” (Mark 3:14a, emphasis mine).

The Apostle Paul employed this same kind of incarnational leadership. He wrote to his followers:

But we were gentle among you, just as a nursing mother cherishes her own children. So, affectionately longing for you, we were well pleased to impart to you not only the gospel of God, but also our own lives, because you had become dear to us.” (1 Thessalonians 2:7, 8, emphasis mine)

This leadership principle is very basic, but, sadly, one I forgot in one of my most important relationships.

Several weeks ago, I took my mentoring group on a retreat. In preparation, I had them ask their wives, “What bugs you about me? Specifically, what are the three things that cause you to be uncomfortable or irritated with me?” It is a powerful question, but one that is also potentially dangerous.

Consequently, I gave them four guidelines:

As the leader of the group, I also had to do the exercise. However, since Gail and I had been married for thirty-two years, I was hoping she would have nothing substantive to share with me. Boy, was I wrong.

I first asked her the question about two weeks before the retreat. She didn’t respond, but promised to think about it. After a few days, I asked again. She said that still wasn’t sure. A few days later, I emailed her. Still, nothing.

I begin to think, Maybe I’m such a good husband that there’s just nothing I do to annoy her. I patted myself on the back and then, as a final effort, text-messaged her the day of the retreat. A few hours before I left the office for the retreat, she finally emailed me.

She shared three things that annoyed her about me:

Since that time, I have been deliberate about entering into her world and doing the things she enjoys. I still have a long way to go, but I am learning (I think).

During our vacation, for example, we spent time hiking. This is not something I ordinarily would have chosen, but it something that is important to Gail. The really interesting thing is that I have loved doing this with her. It has taken our relationship to another level.

I am so grateful that Gail had the courage to tell me the truth. Because of it, I am beginning to understand that incarnational leadership—entering into someone else’s world—is the first and most important aspect of leadership. It can make a huge difference: for your followers, for your relationship to them, and even for your own growth and development.

Question: Where do you need to enter into someone else’s world? You can leave a comment by clicking here.
Disclosure of Material Connection: Some of the links in the post above are “affiliate links.” This means if you click on the link and purchase the item, I will receive an affiliate commission. Regardless, I only recommend products or services I use personally and believe will add value to my readers. I am disclosing this in accordance with the Federal Trade Commission’s 16 CFR, Part 255: “Guides Concerning the Use of Endorsements and Testimonials in Advertising.