Make no mistake about it: I am an Apple fan. I own several Mac laptops, iPhones, and iPods. I even bought an AppleTV—and love it. When the iPad was announced, I watched Steve Jobs’ announcement and the online Guided Tours. I ordered one the first day I could do so. I purchased the 64GB WiFi (non-3G) version. 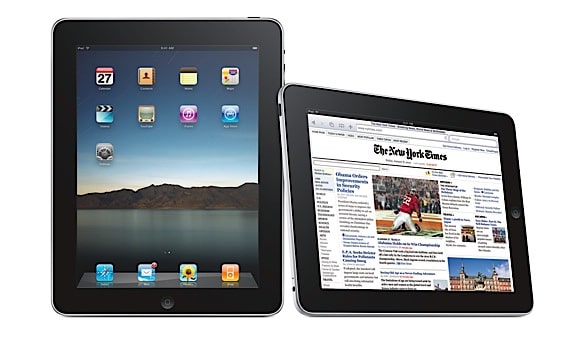 I have now had my iPad for a little more than a week. I have been using it daily. In fact, last week, I took it on a two-day business trip without my laptop. Since I was on a blogging hiatus, I didn’t think I would need my usual heavy-duty blogging tools. I made it, but not without some adjustment to my workflow.

My conclusion thus far is that the iPad is an elegant solution in search of a problem.

The closest thing I can compare it to is the Segway Personal Transporter. Remember that device? This is the two-wheel electric vehicle that uses gyroscope sensors to balance itself and sense which direction the driver is leaning. Even though it was originally introduced in 2001, it is still an engineering marvel.

For months, the Segway was hyped in the press. Inventor Dean Kamen introduced it on Good Morning America, claiming that it would revolutionize the way we live and work. Jeff Bezos, CEO of Amazon, was an enthusiastic investor. Steve Jobs even predicted that cities would be redesigned around the Segway and that it would prove to be more significant than the personal computer.

Nine years later? Not so much. It has had success in niche markets, like law enforcement, warehouse handling, and utility inspections. But, by and large, the device fell through the crack that exists between walking and driving. There are just not that many times when you need to go faster than your feet will carry you or slower than your car can take you.

I think the iPad is a similar device. It is an engineering marvel. The screen resolution is magnificent. The battery life is unlike anything I have ever experienced on any Apple machine. The overall design is simple, elegant, and very cool—even if a little heavier than I expected.

Everyone I have shown the device to holds it with childlike wonder and eventually mutters, “Wow. I’ve gotta get one of these!” But after working with it for a week, I have to ask, Why?

Daniel Lyons is one of my favorite writers. He is currently a writer at Newsweek, but is probably best-known for his parody blog, The Secret Diary of Steve Jobs, where he writes under the pseudonym “Fake Steve Jobs.” (Disclaimer: Mr. Lyons often uses very course language, including frequently dropping the F-bomb. Consider yourself warned.) Last week, writing about the iPad in the voice of Steve Job’s, he revealed what I think is at the very heart of this continual quest for more gadgets:

The truth is, all over the world, across every culture, there exists a sense of yearning. A kind of malaise. An emptiness. At the risk of sounding like Dr. Seuss: There is a hole in your soul. That is what we’re addressing at Apple. That is the hole we aim to fill. Sadly, as you may have begun to suspect, that hole can never really be filled. The truth is that modernity, the condition of living in our modern world, has inflicted terrible wounds on your inner self. These wounds can never be healed. They can only be treated. At best we provide palliative care. Not a cure. Because, my dear fellow human beings, there is no cure for what ails you. The products we create provide only temporary relief. Their magic eventually wears off. The sense of childlike wonder they impart will, over time, begin to fade. And then you need a new product. Think back to June 29, 2007. Do you remember the rapture? The wonder of iPhone? The magic? Now that is gone, but here we come with another shot of digital Dilaudid. Sleep well, my friends. Sleep deeply and rest, cradled in the arms of my electronic medicine.”

Do you want an iPad? Probably. Do you need an iPad? Probably not. The iPhone is sufficient for making calls, checking email, stock quotes, and the weather, or listening to podcasts or audiobooks. In my experience, the iPad doesn’t offer a big enough improvement to warrant the additional investment.

Moreover, if I need to write a long email or blog post, manage my photo library, or really surf the web and post links to the little nuggets I find, I would rather use my laptop. It’s not that much heavier, has a much better keyboard, and allows me to multi-task and work in a way that is now largely transparent. I just get things done without much thought about how I do them.

When it comes to the eBook reader, the iBooks application is stunning. The Kindle 2 pales in comparison. Contrary to the claims of those who sell E-Ink technology, the backlit screen did not cause me any eyestrain. Highlighting important passages was a snap. The only thing I missed was the ability to type in my own annotations, like I can do today on the Kindle.

The main problem right now is the product selection. I have probably searched for about twenty different titles that do not yet exist in the iBooks store. In fact, I have had difficulty finding anything I wanted to read that I have not already read. I realize this will change over time, but for now, the Kindle has an enormous lead. (They also need to create an affiliate program; otherwise, bloggers will continue to link to Amazon rather than iBooks.)

My original complaint with the Kindle was that no one really wants to carry a device that is solely dedicated to one function: reading. After using the iPad for a week, I have changed my mind. That is exactly what I want.

I have reconciled myself to the fact that I am going to carry three devices anyway: a laptop, a phone, and either a book, an eBook reader, or an iPad. I would rather have a dedicated eBook reader that allows me to disconnect from all the other distractions and fully immerse myself in the reading experience of a book. While the Kindle doesn’t offer all the razzle-dazzle of the iPad, I still think it has the upper-hand for serious readers. With the additional competition of the iPad, I’m sure the Kindle will only get better over time.

Question: What problem do you think the iPad is intended to solve?
Disclosure of Material Connection: Some of the links in the post above are “affiliate links.” This means if you click on the link and purchase the item, I will receive an affiliate commission. Regardless, I only recommend products or services I use personally and believe will add value to my readers. I am disclosing this in accordance with the Federal Trade Commission’s 16 CFR, Part 255: “Guides Concerning the Use of Endorsements and Testimonials in Advertising.