A clearly written goal is not enough. A carefully thought out action plan isn’t either. You need more than this if you are going to accomplish really big goals. Let me explain. 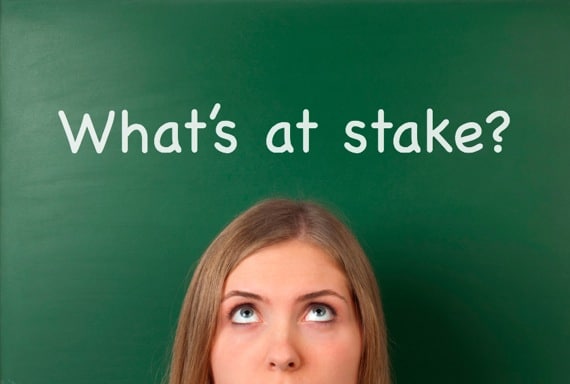 Last year, I set a goal to write a new book, called Platform: Get Noticed in a Noisy World. As someone who has spent his career in the book publishing industry, I had witnessed hundreds (if not thousands) of people get turned away by publishers, simply because they didn’t have a platform.

In 2005, I set out to build my own platform, just to see if I could do it. Today, my blog is read by almost 80,000 people a day. That includes direct traffic to my blog plus email and RSS subscriptions. Along the way, I have learned a lot of lessons, mostly by “failing forward,” to quote John Maxwell.

So, I was super-excited about the idea of sharing my journey in book form, along with all the practical tips and resources I had gleaned along the way.

So I wrote a goal:

I then wrote out a very specific, detailed action plan. It included developing the book proposal, securing a publishing contract, writing the first draft, etc. I then rolled up my sleeves and got to work.

I finished the book proposal by the end of April—right on schedule. Thomas Nelson offered me a book contract a few months later and I began working on the manuscript.

Then I hit my first snag.

I had an incredibly busy fall, with more speaking engagements than I had originally anticipated. As a result, I didn’t make as much progress on my book as I had hoped.

The November 1st deadline came—and went. I was a long, long way from turning in a manuscript. Worse, the original outline I had created wasn’t working. No matter what I tried, I couldn’t get the logic to work.

It was at this point that I really began despairing about the project. I seriously thought about pulling the plug and giving Thomas Nelson it’s money back. I was stuck in “the middle of the story.”

You know what I’m talking about, right? It’s that part of every journey when you aren’t sure you have what it takes to finish but you are too far along to quit. That’s exactly where I was.

So, I went back and took another look at my goal. I had a Goal Statement. I had a detailed Action Plan. Only problem was, that wasn’t enough.

That’s when I reviewed my Internal Motivations for this goal. This is a section I write out for every goal. I list why this goal is important and what’s at stake. It is the component that most people never think to include.

But it can save your bacon when things get tough.

Here’s what I wrote under the Internal Motivations heading for this goal:

I will achieve this goal because:

As I re-read this section, I reconnected emotionally. I saw once again why this goal was so important—to me. When I rediscovered my why, I found my way.

I dove back into the project with fresh energy. That doesn’t mean it was easy. It took a ton of work, including the hard work of fighting through fear and doubt.

Finishing the project took me another nine weeks. But I am pleased to report that I turned it into my editor last Friday. There will be more work to do, no doubt, but we are still on track for a May 2012 publication.

So as you are working through your own goals for this year, make sure you have a S.M.A.R.T. goal statement. Then develop an action plan. But don’t forget to list your Internal Motivations. This is the difference-maker. It may be the one ingredient you need to go the distance.

Question: What is at stake your most important goal for this year? You can leave a comment by clicking here.
Disclosure of Material Connection: Some of the links in the post above are “affiliate links.” This means if you click on the link and purchase the item, I will receive an affiliate commission. Regardless, I only recommend products or services I use personally and believe will add value to my readers. I am disclosing this in accordance with the Federal Trade Commission’s 16 CFR, Part 255: “Guides Concerning the Use of Endorsements and Testimonials in Advertising.