In August of 2000, I received a big break in my career. However, as is so often the case, it came disguised as a seemingly insurmountable obstacle. 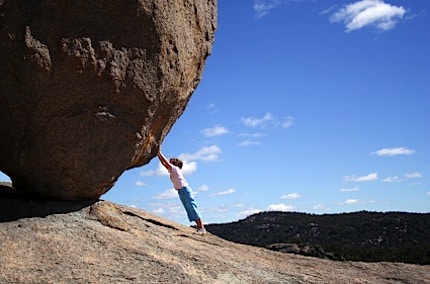 I had just become the publisher of Nelson Books, one of the two trade book imprints at Thomas Nelson at that time. I had inherited a division with a lot of financial problems. Based on almost every metric available, we were dead last compared to the company’s thirteen other publishing groups.However, I was determined to turn the division around. I had worked hard to formulate a vision and enroll my colleagues. With fresh enthusiasm, we were off to a good start. I anticipated smooth sailing ahead.

However, one Sunday morning at our church’s coffee hour, a friend mentioned to me that one of our biggest authors was teaching something out-of-step with main-stream, historical Christianity. (Thomas Nelson is a Christian publishing company, which is why this incident was important and relevant.) Initially, I dismissed it, but, over the next few days, I heard similar reports from others.

I finally visited the author’s web site where I was able to confirm the facts for myself. I enlisted the help of a few theologians I respected to make sure I wasn’t misunderstanding her teachings. They quickly corroborated my worst fears. “Yes, this is a very serious problem,” they both assured me.

This wouldn’t have been so bad, except that we had paid an enormous sum of money for the author’s next book. We had just sent it to the printer and expected it to be our biggest book of the year. Frankly, given our division’s financial condition, we needed the book to succeed in a big way. I was counting on it to give us the lift we needed.

I decided to discuss the issue with the author, naively thinking that her teachings stemmed from the fact that she was not a trained theologian and that her errors were unintentional. So I met with her in person, hoping to persuade her to change her view-point.

Suffice it to say, she stood her ground and wouldn’t budge. In the course of a two-hour meeting, she preached to me non-stop, indignant that I had challenged her and adamant that everyone else, including virtually every Christian since the First Ecumenical Council in 325 A.D., was wrong.

Fortunately, my boss had been with me. He had heard every word himself. Clearly, we had a problem. If we published the book, we would be in deep trouble with the vast majority of our market. Worse, it would violate our corporate integrity and my own conscience. However, if we didn’t publish the book, we would lose the anticipated revenue from what was sure to be a bestseller. We would also take an enormous write-off from the royalty advance we had paid but likely would not recover.

When we got back to the office, my boss asked me for my recommendation. I told him that I thought we should stop the presses (literally) and cancel the book. Knowing the implications of that, he pushed back. “But there’s nothing in the book itself that is objectionable. Why can’t we just print it and not publish anything more from her in the future.”

“I wish it were that easy,” I replied. “The problem is that she is teaching this stuff publicly. If we publish the book, we are aligning ourselves with her and indirectly promoting her message. We become party to her error.” He shook his head in disagreement and told me to think about it overnight.

I went home and told Gail that I thought my career as the publisher of Nelson Books—a job which I had held for less than six weeks—was over. I was discouraged and, frankly, disillusioned. This was not what I had envisioned. However, Gail was wonderfully supportive. “You can’t violate your conscience,” she reminded me. “Trust God, do what is right, and I will support you—regardless of the consequences.”

The next morning, I again met with my boss. “Look, I am not trying to grand-stand here, but I can’t publish this book. I understand the financial consequences—and I truly hate the thought of the negative impact this will have on us—but we’ll just have to take our lumps. If you insist on publishing the book, I’ll have to resign. It’s a matter of conscience.”

He didn’t take that well. He dismissed me from his office, told me he would think about it, and then get back to me. I went back to my office, convinced that I would soon be unemployed. Mentally, I was already packing my office.

About 30 minutes later my phone rang. It was Sam Moore, the CEO of Thomas Nelson. He was on the road and had just gotten off the phone with my boss, who reported directly to him. He got straight to the point, “Tell me your side of the story.”

I explained what had happened, including my recommendation that we cancel the book. He asked how much that would cost. Wincing, I gave him the exact number. Without hesitating for a moment, he said, “Mike, I agree with you. Cancel the book. It’s the right thing to do.”

I was stunned but relieved. I learned a huge lesson that day: Whenever God gives you a vision, He places obstacles in your path. Why? So that you can become all that He created you to be. God doesn’t place these obstacles in your path to destroy you but to develop you. His greatest desire is to work out what he has built in.

As a postscript, not only did we achieve our budget that year, we surpassed it. We hit some other obstacles along the way, of course, but I am convinced that this one big obstacle was, in fact, the opportunity that tested our resolve and catapulted our division to the next level.

The real issue is how we will treat these obstacles when we encounter them. Will we resent them as intruders or welcome them as friends? Humanly speaking, our success hinges on how we answer that question.

In my next post, I will address why obstacles are not only inevitable in the pursuit of our vision but necessary and how we can embrace them.

Question: What has been the biggest obstacle you have faced in your life so far?
Disclosure of Material Connection: Some of the links in the post above are “affiliate links.” This means if you click on the link and purchase the item, I will receive an affiliate commission. Regardless, I only recommend products or services I use personally and believe will add value to my readers. I am disclosing this in accordance with the Federal Trade Commission’s 16 CFR, Part 255: “Guides Concerning the Use of Endorsements and Testimonials in Advertising.