In the 2007 film “Music and Lyrics,” an absent-minded lyricist played by Drew Barrymore drives her high-strung musical partner a little crazy by insisting that they take breaks throughout the day. Each time they take a walk or run out for food, however, the lyrics come to her as if by magic.

Sometimes, as an editor, I identify with her character. I receive articles that I know can be great, but that read terribly. Often the elements are there, but intense restructuring is a prerequisite for enjoyable consumption. Reading it through gets all the pieces floating about in my mind, but knowing exactly which element should slice in where requires my subconscious to do some background work. While I’m thinking of something entirely different, I’ll realize I know exactly what to do.

Overwork kills your creativity because an idle brain is anything but idle. When you take time to rest, your Default Network lights up, connecting pieces of your brain that don’t usually talk to one another. The result is often bursts of inspiration and creativity.

What’s the ideal time frame for focused work? Tony Schwartz, author of The Way We’re Working Isn’t Working, advises 90-minute sessions punctuated by meaningful breaks. As a nation, we are not following this advice.

Not only are many of us skipping much needed breaks, we are often overworking to the point of exhaustion. Taking time to revamp, refresh, and relax is just as important to success as a motivated work ethic. Here are four more reasons to log off and tune out of work on a regular basis.

Theresa Brown is a registered nurse. After working a twelve-hour shift, she was tasked with delivering chemotherapy and accidentally administered only half the medication. The patient was fine, but Brown is all too aware of the mistakes possible under the strain of overwork. The link between overwork and hospital mistakes that cost lives have been made over and over again, leading to calls to provide better support for nurses and ensure they are well-rested at work.

Taking time to revamp, refresh, and relax is just as important to success as a motivated work ethic.Erin Wildermuth

Most of us aren’t in danger of making life-and-death mistakes, but we should still heed the lessons learned. People who are overworked are not operating at their best. When you’re nearing your limit, but pushing yourself to finish one last task, ask yourself: would you rather do this now, or do it right?

Alongside the tendency to make more mistakes when overworked, people who haven’t had a chance to rest are less efficient. This inefficiency may be obvious, like surfing the internet during the work day, but it can also be subtle. Needing to reread reports before you fully understand them, or becoming overwhelmed by distractions, can turn a ten-hour day into far fewer productive hours. Worse yet, lack of focus can leave you completing busy tasks instead of prioritizing the most meaningful, further limiting your efficiency. Rest replenishes focus, allowing you to spend each hour of work fully present.

Our tasks also tend to fill the time we’ve allotted to them. Cyril Parkinson, a British civil servant, published this productivity rule in a 1955 issue of The Economist. It it still rings true today. For people who have a limited amount of work, time is wasted. For those with significant tasks to accomplish, productivity declines. Push yourself to work smarter by ensuring you’re not working longer. 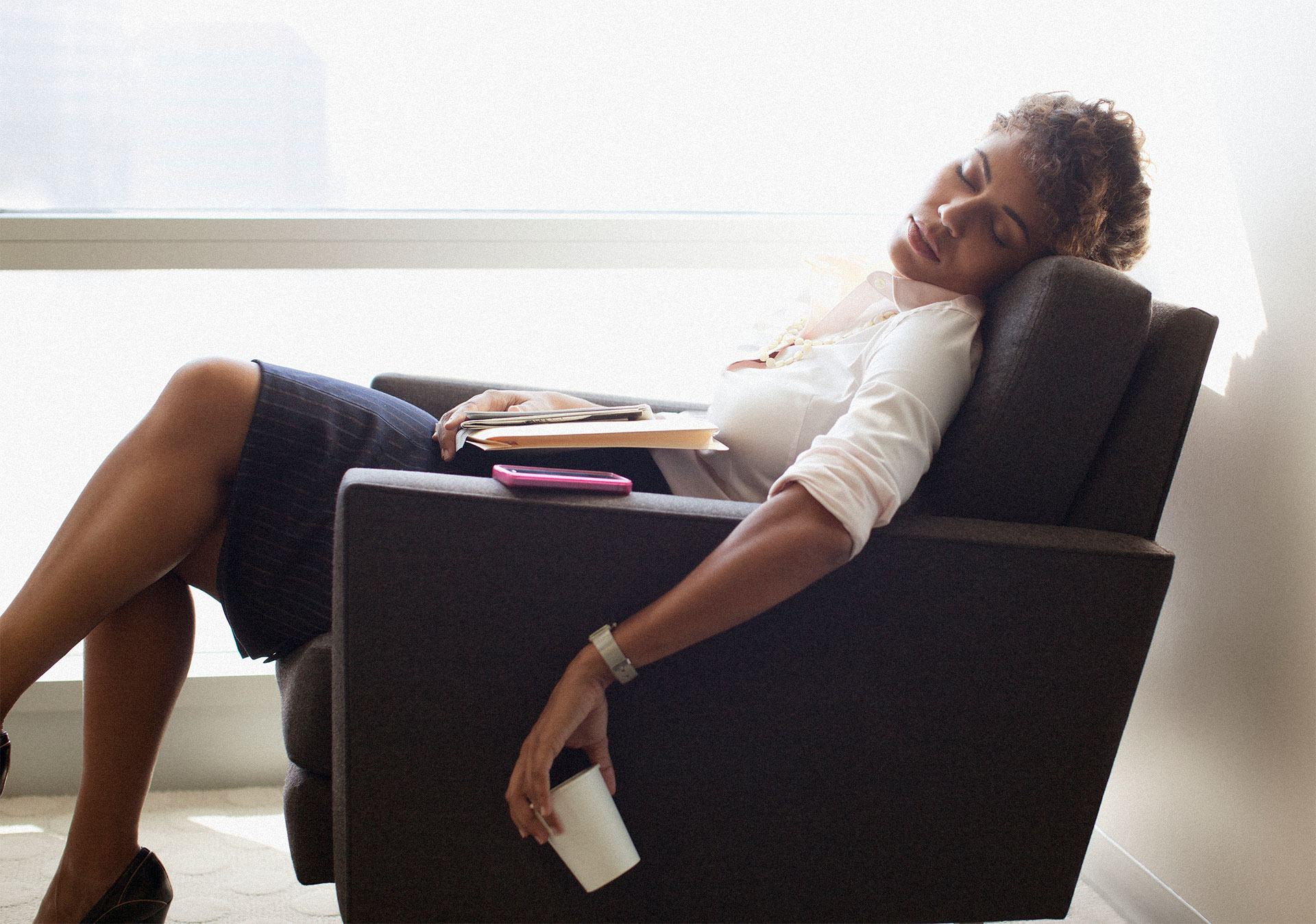 Karōshi is a Japanese word that literally translates to overwork death. In Japan’s lean economy, stress and overwork has led to sudden mortality via heart attack and stroke often enough to become a national concern.

Though you’re extremely unlikely to drop dead from overwork, researchers across the world have noted the same relationship between overwork and cardiovascular disease. Job stress and overwork have also been linked to increases in impaired sleep, anxiety, and depression.

Leadership is a subtle skill. It requires excellent communication, social grace, and problem-solving. In Harvard Business Review, Ron Friedman unpacks a handful of studies connecting leadership to proper rest and relaxation. Reading expressions, demonstrating emotional intelligence, and constructive thinking skills are all damaged by overwork. Our social graces become off-kilter in a way that makes us view others more negatively and we may find ourselves lashing out instead of winning trust.

In a less direct way, overworking signals that expectation to those around you. Though asking for extra investment at specific times of need can help to motivate employees, those with high-stress jobs and little opportunity to detach from their work lives become poorly engaged over time. They may also be more prone to psychological problems, such as anxiety and depression. The one thing worse than being overworked because you are personally driven to succeed is being overworked because you feel you must.

Old habits die hard, and overwork is a particularly insidious habit. In part, this is because trying to relax can be incredibly stressful. If you’re like me, your mind keeps drifting back to the things you should be doing, even though you intellectually know that you should really be relaxing.

One trick is to distract your mind with relaxing activities that you also enjoy. Exercise, painting, cooking, or reading fiction could all do the trick. Choose something that works for you and then respect your time to relax as much as you respect your time to work. Your health, success, and happiness will benefit synergically.