In his bestselling book, The Seven Habits of Highly Effective People, author Stephen Covey talks about the space that exists between the stimulus and the response. In that space is the power to choose. 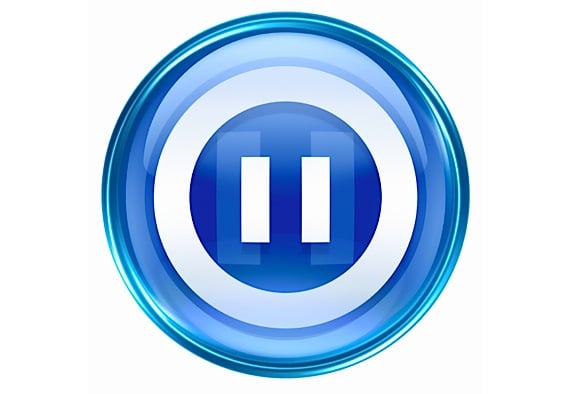 This space is like a giant pause button. We don’t have to react to every stimulus. Instead, we can pause, reflect, and chose our response. This is precisely what makes us human.

Unfortunately, I have not always taken advantage of this space. In the 1990s, I owned a literary agency with my business partner. One day, out of the blue, one of our clients sent my partner a scathing letter. It contained several inaccuracies and false accusations. I was furious and took up an offense.

I spent the next twenty-four hours writing and re-writing a letter to the client, defending my friend and partner. I thought I was in a better position to uphold his honor than he was.

The letter was brilliant. Or so I thought. It read like a legal brief. I took every accusation and systematically dismantled it. I wrote fourteen pages, proving beyond a shadow of a doubt that the client’s claims were baseless and without merit.

I then overnighted the letter to the client, convinced that I had proven my case. I was sure he would call with an apology.

The client never responded. He didn’t acknowledge the letter. He didn’t respond to it. He just ignored it. I eventually came to the conclusion that writing long, angry letters is not a very productive exercise.

In the space between the stimulus and the response, I had not chosen well. I had simply reacted, like a dog who sees a squirrel and automatically gives chase.

But that experience didn’t keep me from firing off angry emails from time-to-time. While I had learned from my previous experience, I had not learned as much as I should have. As a result, I have continued to send blistering messages from time to time. Inevitably, I have always regretted it.

Just two weeks ago, I had another lapse of judgment. (I know, I am a slow learner.) In a moment of frustration, I Twittered about my experience. I didn’t think it was that big of deal—in fact, I thought it was kind of cute. But once again I lived to regret it.

In reality, my post was a cheap shot. It was a rude, insensitive comment aimed at a specific organization. Sadly, via Twitter, I broadcast it to 45,000 people. I forgot I had a megaphone in my hand.

Fortunately, one of my staff members brought it to my attention. Embarrassed, I did the only thing you can do after screwing up: I apologized to the party I had offended, both in writing and over the phone.

I wanted to write about this while it was fresh in my mind. I think this will help me make a better choice next time, if I can document what I have learned. Perhaps you can also learn something.

Therefore, next time I get frustrated or angry:

As leaders, we need to set a higher standard—myself included. I need to see the space between the stimulus and the response as my opportunity to make a better choice. With God’s help, I will.

Question: What about you? How are you handling the space between the stimulus and the response?
Disclosure of Material Connection: Some of the links in the post above are “affiliate links.” This means if you click on the link and purchase the item, I will receive an affiliate commission. Regardless, I only recommend products or services I use personally and believe will add value to my readers. I am disclosing this in accordance with the Federal Trade Commission’s 16 CFR, Part 255: “Guides Concerning the Use of Endorsements and Testimonials in Advertising.