Every month, I review a set of market share reports prepared by one of our internal analysts. While the data behind these reports are not perfect, I do believe they represent the best view of the book publishing market currently available. As a result, even though it’s been almost two years since I posted a high-level summary of the data, I thought it would provide you with some insight into our industry. 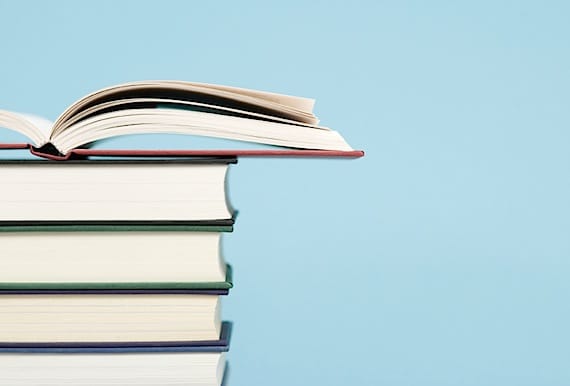 Keep in mind that these lists are based on revenues for the twelve months ending December 31, 2009. We created these lists from a proprietary database we have developed at Thomas Nelson. It is derived from various point-of-sale systems from multiple sales channels.

Second, we track the Top U.S. Christian Publishers. In this case, we break out the Christian imprints of the trade publishers and rank them against each other. That’s why Zondervan, for example, is on the second list but not the first list. (Click on the images above to enlarge them. If you want both charts in a PDF, you can click here to download it.) 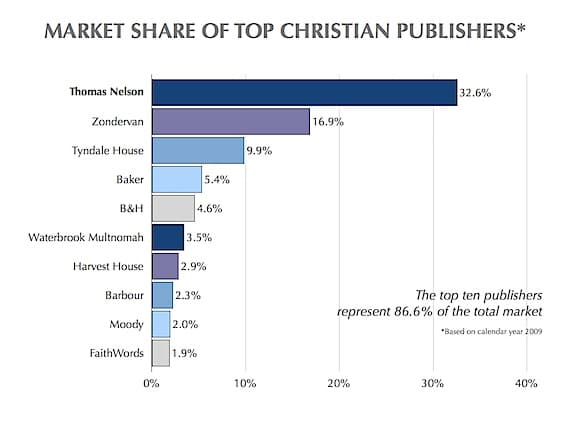 You may be wondering how John Wiley and Scholastic could be smaller than Thomas Nelson. Keep in mind that our ranking only considers trade sales. Both Wiley and Scholastic have large academic, professional and technical publishing programs that aren’t considered trade sales. In addition, Scholastic has a book fair program, whose sales are not included here. We are not in any of those businesses, so we haven’t built any systems to track them.

In terms of the Top Christian Publishers, here’s what has changed:

All in all, the last two years have been tough. I think the Christian segment in particular has suffered for lack of a blockbuster title to drive people to our category. When you have mega-bestsellers like The Prayer of Jabez, The Left Behind Series, The Purpose Driven Life, and Your Best Life Now, all publishers benefit because it gets people in the stores. We haven’t really seen anything comparable for 18 months.

But publishing is kind of like the weather. Christian publishing especially has gone through a dry spell. But this will eventually change. While I never want to presume on the future, if history is any guide, we are overdue for some rain.

Question: What are your observations about these reports?
Disclosure of Material Connection: Some of the links in the post above are “affiliate links.” This means if you click on the link and purchase the item, I will receive an affiliate commission. Regardless, I only recommend products or services I use personally and believe will add value to my readers. I am disclosing this in accordance with the Federal Trade Commission’s 16 CFR, Part 255: “Guides Concerning the Use of Endorsements and Testimonials in Advertising.