I was talking to a good friend the other day about Twitter. He knows that I believe it is important. Really important. Some of his clients are also beginning to ask questions about it. But he just didn’t get it. 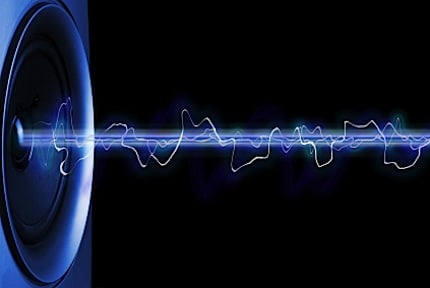 He finally blurted out, “It just seems like a huge waste of time. I don’t need one more inbox to check. I can barely keep up with what I have now.”

“Missing what?” he said, defensively.

“What potential?” he asked emphatically.

“It’s not about what you get out of it,” I said. “It’s about the opportunity it affords you to give to others and make an impact.”

“Excuse me,” he muttered.

“Twitter is an opportunity for you to lead in a way that was not possible until now.” I explained.

“As you and I both teach, when you boil it down, leadership is influence. Agreed?”

“Leadership is not about position, a title, or status. It is about influence. Plain and simple. I know you believe that, too, right?”

I continued, “If that’s true, then Twitter provides an unprecedented opportunity for people like us to extend and amplify our influence. You don’t have to buy time on television or radio. You don’t have to write a book or magazine column. You don’t even have to blog,” I went on.

“All you have to do is write short 140 character micro-posts about what you are doing or—more importantly—what has your attention right now.”

I could almost hear his brain shift into a different gear. “You and I both know that people today crave leadership. They are dying for role models. They want to see what good leadership looks like—as it is lived out in the challenges of everyday life.”

I continued, “If you are living your life on-purpose, like I know you are, then by Twittering, you are modeling something worth emulating. This is unquestionably the most powerful way to lead.”

“Hmm.” I could hear the flicker of possibility in his voice. I knew this was resonating with him. But then he countered, “But you just can’t lead by Twittering.”

“I agree. I am not suggesting that you can. It is simply one tool in your leadership toolbox—but a very powerful one. Twitter is like an influence amplifier. It enables you to extend your influence in ways never before possible.”

We continued to chat about this for several more minutes. He finally said, “Wow! Maybe there’s more to Twitter than I thought. How do I get started.”

Question: Do you think Twitter is an effective leadership tool? How are you using it to lead?
Disclosure of Material Connection: Some of the links in the post above are “affiliate links.” This means if you click on the link and purchase the item, I will receive an affiliate commission. Regardless, I only recommend products or services I use personally and believe will add value to my readers. I am disclosing this in accordance with the Federal Trade Commission’s 16 CFR, Part 255: “Guides Concerning the Use of Endorsements and Testimonials in Advertising.