A while back, I gave my impressions of the Kindle 2 after one week of use. In that post, I attempted to focus on what I liked about Amazon’s latest eBook reader. I also said that “I still don’t think this is the device that will dramatically change the game for publishing.” 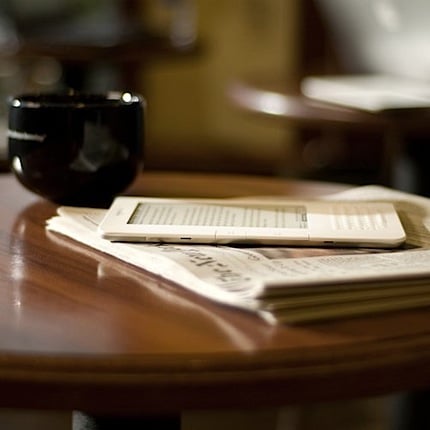 For the most part, Amazon addressed the problems with the original Kindle. However, they still have a ways to go if they are going to capture the interest of the majority of readers. Here’s my list of what is still missing:

Even with the above limitations, I still think the Kindle 2 is an amazing device. I am currently traveling now and am appreciating more than ever the convenience of not having to lug around a stack of books.

Question: If you own a Kindle 2, what is on your wish list? If you don’t, what would be required before you would buy one?
Disclosure of Material Connection: Some of the links in the post above are “affiliate links.” This means if you click on the link and purchase the item, I will receive an affiliate commission. Regardless, I only recommend products or services I use personally and believe will add value to my readers. I am disclosing this in accordance with the Federal Trade Commission’s 16 CFR, Part 255: “Guides Concerning the Use of Endorsements and Testimonials in Advertising.