About once a week I get an email from someone who wants to know how to work for a bad leader. Maybe their boss is a jerk. Maybe he is just incompetent. Regardless, they are not quite sure how to lead well in this kind of situation. 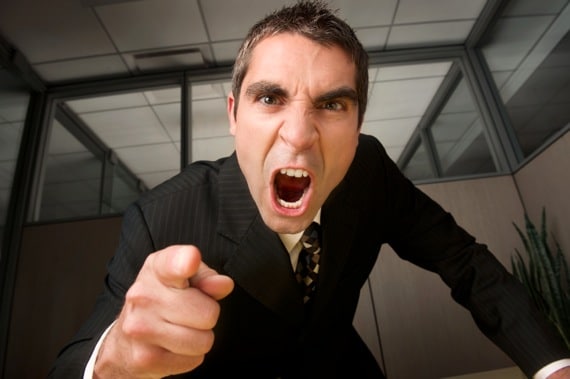 Though I eventually became a CEO, I spent most of my corporate years in middle management. I had my share of bad bosses. A few were very difficult. I imagined myself quitting or at least giving them a good tongue-lashing. Others were incompetent. I wanted to pull my hair out or rat them out to their boss.

Fortunately, I didn’t do any of these things, though I was often tempted. And, I’m glad I didn’t. Each of these bad bosses served to make me a better leader. You can learn from positive role models. Sometimes you can learn even more from negative ones.

But what if you are in that situation right now? Here are five ways to cope:

I once had a boss chew out one of my direct reports in public. I was embarrassed and angry. I did my best to end the conversation civilly and move the agenda along. Immediately, after the meeting, I met with my boss privately and recounted what had transpired. I didn’t raise my voice; I was very matter-of-fact.

I told him that his behavior was unacceptable, unproductive, and would ultimately keep him from getting the results he wanted. I then said, “Look, in order for me to be effective in serving you, I need you to go to Ron and personally apologize. If you don’t, it will undermine your leadership and mine. If you do, it will restore your credibility and win the respect of your team. I’m counting on you to do the right thing.”

This was a very difficult conversation. I knew I was betting my job by being assertive. But he knew in his heart that I was loyal and that what I was asking was reasonable and right. He walked out of his office and did exactly what I asked. Thankfully, this kind of situation never came up again.