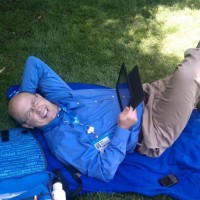 by Thad Puckett
Read 0 words in 00:00 minutes.
This is a guest post by Thad Puckett. He is employed by The Karis Group, an Austin, Texas firm where he is an Implementation and Data Manager. He formerly served as a cross-cultural missionary in Asia for almost twenty years. You can follow Thad on his blog and on Twitter.

There will probably be no more iconic symbol for failure in our lifetime than the picture of the Costa Concordia cruise ship listing while aground off the shore of Italy. At least seventeen people died in the tragedy after the captain of the ship (apparently) intentionally moved closer to the shore than is safe for ships of that size. 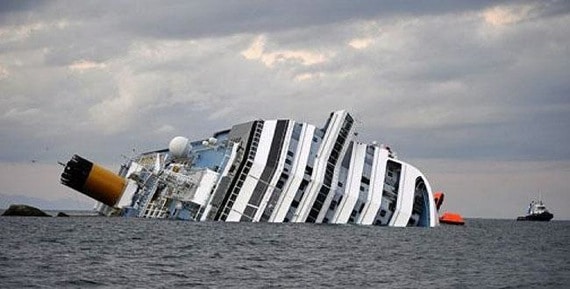 It is easy to compare the Costa Concordia with the Titanic, another cruise liner disaster from long ago. But there are some key differences. And it is in those differences that we can learn a few lessons to navigate life.

First, the Titanic was built in an era of big ships but with no technology available for the captain to see his way ahead. Radar was decades away from development. So as the Titanic was built and launched, its claim to being unsinkable was predicated on the toughness of the hull of the ship.

It is not surprising that the crew could not see an iceberg that was large above the water line and much larger still below the water line. Back then they could only see what their eyes could see. (Interestingly, if they really believed the ship was unsinkable, why would watches even need to be posted?)

The Costa Concordia, on the other hand, had all the advantages of modern technology. It not only had radar to see above the water, it had depth finders and quite possibly even sonar. (I am not one hundred percent sure of that, but the technology certainly exists today.) The crew should have known how deep the waters were and, because of GPS where they were within thirty feet of accuracy.

Yet due to hubris and human error, the Costa Concordia was where it should not have been. And despite the technology, the crew ran aground, the ship foundered, and lives were lost.
There is so much to learn here about leadership and life. Let me suggest four:

Questions: What about you? Do you have a personal vision statement? Are you seeking feedback about your life’s direction? You can leave a comment by clicking here.
Disclosure of Material Connection: Some of the links in the post above are “affiliate links.” This means if you click on the link and purchase the item, I will receive an affiliate commission. Regardless, I only recommend products or services I use personally and believe will add value to my readers. I am disclosing this in accordance with the Federal Trade Commission’s 16 CFR, Part 255: “Guides Concerning the Use of Endorsements and Testimonials in Advertising.