by Jeff Goins
Read 0 words in 00:00 minutes.
The following is an excerpt from the Foreword I wrote for Jeff Goins’s new book, Wrecked. It’s an excellent book that I recommend you pick up. At the end of the article, I’ll tell you how you can get over $158.00 worth of free resources if you buy it this week.

In 2009 my wife Gail and I traveled to Africa at the invitation of Rich Stearns, president of World Vision. It was our first trip to “the dark continent.” We had always wanted to go to Africa; we just never seemed to find the time. 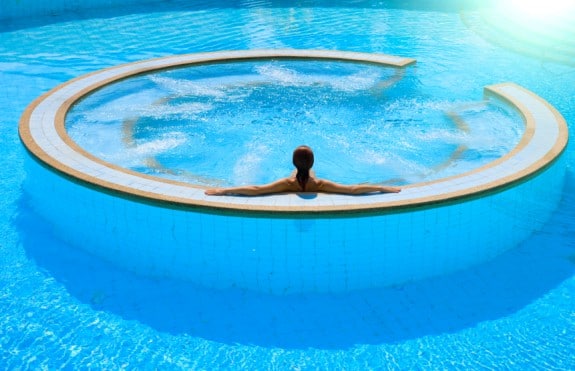 Like Truman Burbank (played by Jim Carrey) in the movie, The Truman Show, we pretty much lived in a “constructed reality.”

I had a beautiful wife, five amazing daughters, and a great job. We were prosperous and comfortable. I didn’t realize I lived in a bubble.

We spent a week in rural Ethiopia. The poverty was astonishing.

We met people who survived on a few dollars a month, others who walked ten miles a day just to get water for their family, and children who had become orphans when their parents had died of AIDS.

Despite all of that, the Ethiopian people remained joyful in the midst of unrelenting hardship.

My friend Max Lucado, who was traveling with us, commented, “There are more honest smiles among the poor of Ethiopia than the shopping malls of America.” So true.

A Woman, a Hut, and a Smile

On the last day of our trip we visited a small village and met Wosne, a beautiful woman with a tragic story. Her husband had died suddenly, leaving her with four children in a one-room hut.

Without a husband, she had no way to support herself. She grew discouraged and desperate. She prayed God would take her life. Thankfully, God had other plans.

World Vision found sponsors for two of her children. This gave Wosne just enough margin to begin eking out an existence. Over time, she bought some chickens, sold the eggs, and bought more chickens.

Eventually, she was able to buy a cow. She sold the milk and bought more cows.

Then, with the help of her children’s sponsor, she was able to buy a modest four-room house. It wasn’t much by American standards—just a few walls on a dirt floor with a tin roof.

The day we met Wosne she was radiant. Her children encircled her and quietly sat as we spoke through an interpreter. She shared her story of hardship yet beamed as she recounted God’s provision for her family.

She had become so prosperous, in fact, she had adopted two other children in the village. She even had a couple of pieces of used furniture and electricity—a single bulb hanging from the ceiling.

By our standards, she was still living in abject poverty. By the standards of her village, however, she was one of its wealthiest citizens.

Max was so moved by her story—and how much she still lacked—he asked, “Wosne, if you could have anything else, what would it be? How can we help you?”

Her answer stunned us.

“Nothing,” she declared. “Nothing at all. I have everything I need. I am the happiest woman in the world.” And she meant it.

Several of us started weeping. In the space of thirty minutes, our entire worldview was turned on its head.

On the flight home, I was pensive and quiet. So was Gail, my wife. We couldn’t get two sentences out of our mouths without crying. Our experiences in Ethiopia had profoundly impacted us.

We were, in a word, wrecked.

I didn’t know what my experience in Ethiopia would mean for our future. I didn’t know if I should quit my job and move to Africa, sell my possessions and give the money to the poor, or stay put. Most of all, I didn’t want to be sucked back into the bubble of a comfortable life.

Over time, we worked through the implications of this experience for our lives. Not that we have it all figured out. We don’t. But we are working hard to make decisions that are counter-cultural and require courage.

In short, being comfortable is no longer enough. We want to make a contribution—in time and for eternity.

An Invitation to Be Brave

I want to invite you to what my friend Jeff calls the “wrecked life”—one that is shaken up but transformed by confronting the world’s most difficult challenges.

This requires sacrifice, but the sense of significance you get is well worth the cost. And if you’re ready to do this—to live the life you’re afraid of—here’s what you need to do next:

Then see how you grow. You might be surprised at just how alive you feel.

Question: Have you ever felt like you were living in a bubble? You can leave a comment by clicking here.