A while back, I posted “4 Surprising Conclusions About Author Websites”. In case you missed it, I concluded that, for authors, building a powerful online presence doesn’t appear to have much to do with having (1) slick graphics or state-of-the-art technology, (2) a large media platform, (3) a large organization behind you, or (4) a young, hip image. 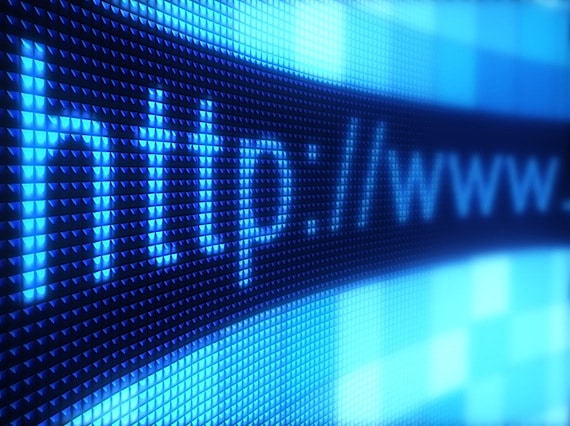 Mike, I have a fundamental question. Why does it matter? Does a powerful online presence really make you a better author? I’m not convinced the two are well-correlated. Word-of-mouth recommendations would probably convince me to read an author more than an obscure website ranking.

This is a good question and a valid point. In fact, before we get to how to build a powerful author brand online, we need to be clear on why it is important for authors to go to the trouble.

First, I don’t think the choice is between having good word-of-mouth or a poor website ranking. This is a false dichotomy. In fact, I would argue that the two are directly related. As Joe assumes in his comment, word-of-mouth [affiliate link] is the single most important ingredient in effective marketing.

But that begs the question: how do you get word-of-mouth started?

Certainly it begins by creating a great product. No argument there. As I often say, “it’s the product, stupid.” To quote advertising guru David Ogilvy [affiliate link] , “Great marketing only makes a bad product fail faster.” Why? Because the word-of-mouth actually works against a disappointing product.

But once you have a great product, you have to get the word out. At that point it becomes a question of how to do that in the most cost-effective manner.

Certainly, you can use broadcast media, including TV, radio, print ads, billboards, etc. But, generally speaking, this is a waste of money. Only a narrow subset of the audience you are paying to reach are (a) regular readers and (b) know your brand. Worse, more than ever, people distrust advertising [affiliate link], so the message is suspect from the get-go. It takes enormous frequency to overcome this—something that most book budgets can’t justify.

This is why I oppose almost all one-off magazine or newspaper ads. You’re paying a lot of money to reach a broad audience without enough frequency to influence consumer behavior. (Yes, there are a couple of exceptions, but they are rare. Most one-off ads are done to satisfy the agent or author’s ego. There. I said it!)

Instead, it’s better to “narrowcast” the message to a target audience. There is no cheaper way to do this then on the Internet, where you can build a tribe of followers who eagerly anticipate your next written communiqué.

This is all more or less common sense among authors and book publishers alike. The problem is that the Internet per se is not enough. You can’t just hang a website in cyberspace and expect that to create a following. It’s a start, but without traffic, it is a waste of time. It’s like putting up a billboard in the desert.

Joe went on to say,

One counterexample I’m thinking of here is Peggy Noonan. Her website traffic rankings are low while she is very popular as a writer/speaker. Although, she became famous in a different era. So is this post aimed more towards up-and-coming authors?”

Peggy Noonan has built her word-of-mouth primarily via her weekly column in the Wall Street Journal. (I am a fan myself.) She has a large and loyal following. However, as Joe points out, her website, relatively speaking, is not that popular. (You can run it through WebsiteGrader as I outlined in my post to see the results.)

The only thing I would say to her is that if you are going to the expense of creating a website or blog, you might as well maximize its potential. It’s not that difficult, assuming you have something people want to hear. (And, clearly Ms. Noonan does.) But she is making some simple mistakes—like no meta tag data in her page headers, etc.

Michelle Malkin, on the other hand, is probably a better example. Her web following is even greater than Dave Ramsey, whom I cited in my previous post. She gets a website grade of 99 from Website Grader, a Google Rank of 7, and a traffic rank of 10,453, and a blog rank of 28. That means she has the 28th most-read blog on the web.

Unfortunately, Ms. Malkin hasn’t written a book since 2005. If she would write a new book every year as part of a comprehensive brand strategy, the synergy between her online audience and book sales would amplify both, extending her reach and influence even further.

This is not an either/or proposition. What I am suggesting is that if you are going to write, take advantage of every possible delivery mechanism to build your audience. Tomorrow, I’ll talk about exactly how you do that. I promise. But I thought it was important to nail down the why before we get to the how.

Question: Do you think building an online presence as an author is important? Why or why not?
Disclosure of Material Connection: Some of the links in the post above are “affiliate links.” This means if you click on the link and purchase the item, I will receive an affiliate commission. Regardless, I only recommend products or services I use personally and believe will add value to my readers. I am disclosing this in accordance with the Federal Trade Commission’s 16 CFR, Part 255: “Guides Concerning the Use of Endorsements and Testimonials in Advertising.