It was a year ago. I had dozens of people working for me. My business was losing money every month. Everyone thought I was successful, but I was stressed beyond belief. I was racing toward a meltdown.

After bootstrapping my company to seven figures, I was now living in the stressful reality of running a company. Was this what I signed up for? Was this what I really wanted? “I think it’s interesting,” one friend said, “that you started a business so you could write more, and now you’re not writing.”

How right he was. The truth is that I thought all growth was good. I thought that the bigger my company got, the easier things would become. I’d have all these employees doing things for me, and I wouldn’t have to work as hard anymore. That ended up not being true.

Run your own race

“You don’t have to do this,” my business coach would tell me every week when we met on the phone. I’d hired him to help me scale my business, but now he was telling me, “I think you’d just be happier running a smaller team and focusing on your writing. That’s your genius.”

Even though the thought of this excited me, I still resisted the advice. It felt like failing. I had to keep up with all my friends who were “killing it,” which, thanks to social media, I could see broadcasted loud and clear every day. At least, that’s how I felt. It’s demotivating to run a race and see everyone pulling ahead of you. 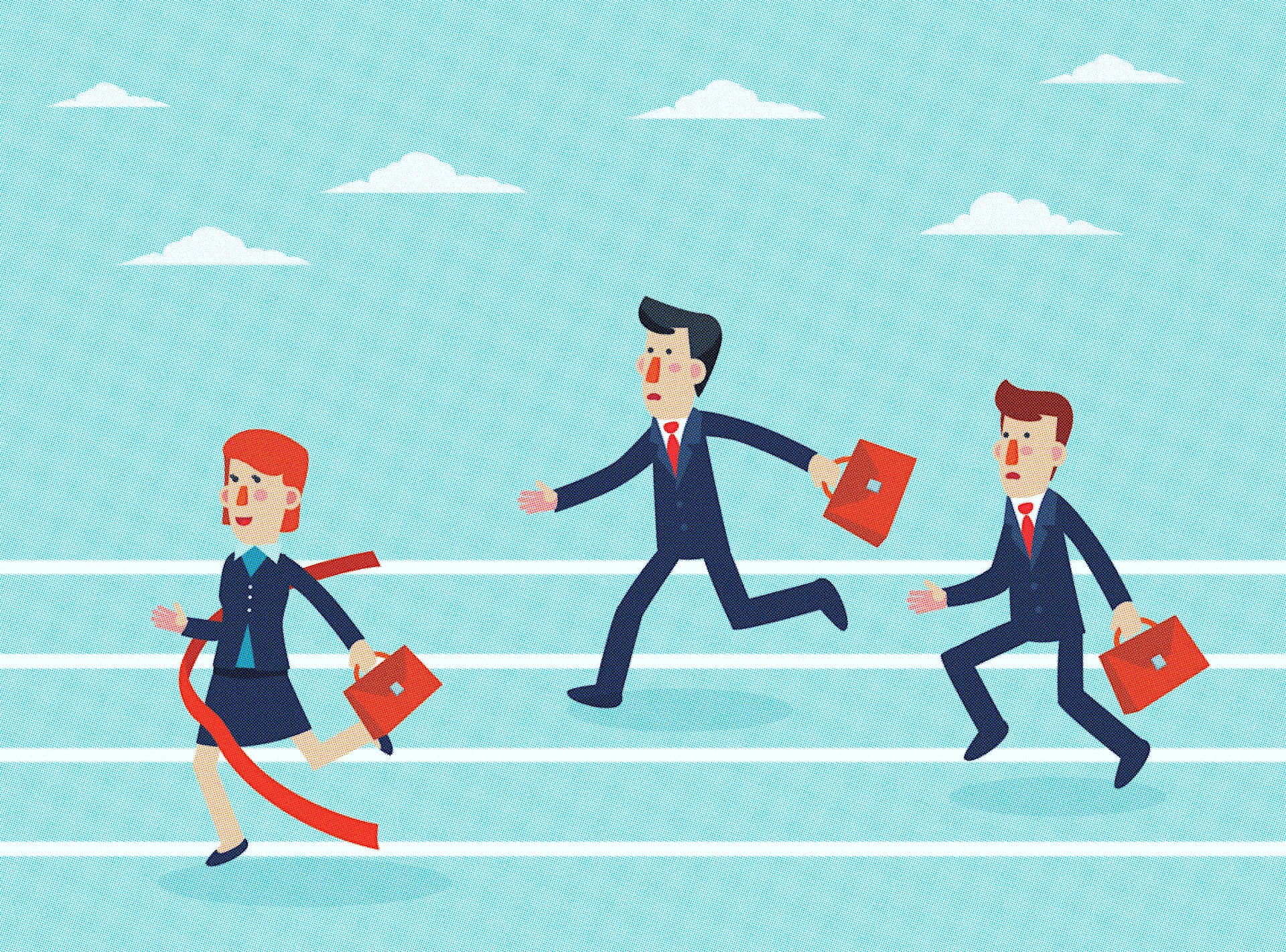 Ian Cron once shared a story with me about a time when he was running a marathon and was watching all these people pass him. Frustrated, he began to work harder, striving to get ahead, but it only made him more exhausted and less likely to finish the race. Finally, just as he was on the verge of calling it quits, someone came alongside him and shouted, “Run your own race!”

That’s what I had to do with my business: find out the race that was mine to run and just run it well. But how?

Deciding to scale back

I contacted a few friends and mentors, people I’d admired for years and respected how they had grown their own businesses. One was Seth Godin, a best-selling author and successful entrepreneur. He responded within an hour and asked me to call him. Over the course of a twenty-minute phone call, he blew my mind.

He asked me about my business goals. “I want to spread ideas that change culture,” I said.

“That’s your mission,” he corrected, “not a business goal. Don’t expect to always get paid for your mission.”

“Oh,” I said. “Well, I sell online courses that help writers get paid and published.”

“Because, I guess, I wanted freedom?” 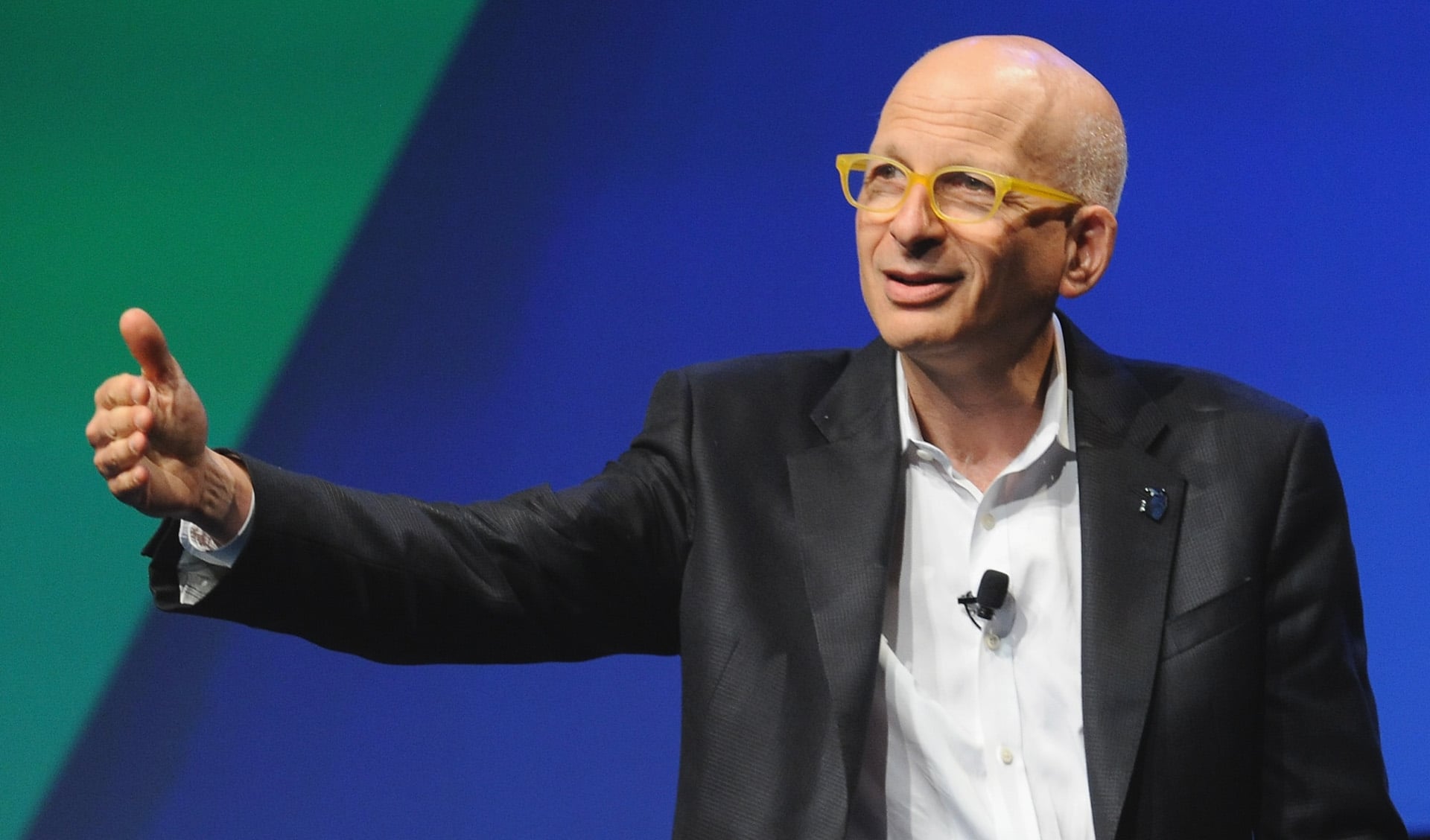 Seth laid out two options for me: Scale my business, become a CEO, and commit to running a business that I might be able to one day sell. Or keep the business at the same size and focus on profitability instead of growth, saving half the money I made. Then, with that free time and energy, focus on writing.

“What happens when I’m not paid what I’m worth?” I asked, worried.

“That’s why you put half your money in the bank.”

We concluded the phone call with my telling Seth I would consider both options. But in my mind, the decision had already been made.

Finding what I really wanted

The next day, I was making breakfast for my kids, flipping pancakes in our kitchen, thinking about my schedule for the day. I didn’t have any commitments until 11:30. It was 8:30.

I looked at my daughter and my son who were six months and four years old, respectively. I thought about spending the next two years of their lives trying to scale a business, which felt like precious time to spend on something I didn’t want to do for the rest of my life. I don’t want to run a business, I thought.

The next day, I started making decisions. It was a hard road ahead—full of my having to let some people go and cut back on some projects that I’d committed to. But in the end, I’m glad I did it. A year after the fact, my company is more profitable than it’s ever been, I have more freedom than I’ve ever had, and I’m really happy because I’m spending my time the way I want to spend it.

How I did it

Maybe you’re reading this thinking you’d like to do something similar. Maybe you find yourself in a situation of your own making where you are no longer in control. Here’s what I did and what I would recommend:

First, right-size your business. Or organization, or project, or whatever it is you’re working on. Bigger isn’t always better. Better is better. What could you accomplish if you only had half the people on payroll that you currently have? What could you do without that building or that website? See how constraints can lead to greater creativity and innovation. You don’t have to make things smaller, but maybe you don’t have to double or triple this year as you thought. Maybe you can accomplish your mission with something a little less crazy or stressful. And if you can, maybe you should.

Second, choose your craft. Focus on what only you can do. Is there something that you are the best in the world at? Best in your community at? What is your “highest and best” that you can do? Do that, and cut out everything else.

Third, run your own race. This is more important than anything. Turn off any channels or distractions that will cause you to doubt yourself. Once the decision is made, stick to it. Stay in your lane.

Maybe this won’t work for you, but it’s worked wonders for me. And you know what? Since making these decisions and experiencing the fruit of them, I’ve had countless conversations with those peers that I was trying to keep up with, and they all told me, “Wow, I’m in that exact position.”

Right-size your business, choose your craft, and run your own race.Jeff Goins

Here’s what I learned. You can’t have what other people have if you aren’t willing to do what they do. Seth was right. Don’t start a business because you want freedom. Start one because you want to run a business. And now that I’ve scaled back to a size that is more manageable for me, I really do enjoy running my business.

Next, you don’t always need to grow to get what you really want. In all likelihood, you have everything you need to do what you want to do—right now.

Finally, and perhaps most importantly, this is your game you’re playing. Not someone else’s. So if you feel like you’re losing, change the game. Hanging out with some of my more “successful” friends with bigger companies always made me feel insignificant until I realized we were really playing different games. Today, I can celebrate their wins and they can celebrate mine, because we are playing on completely different fields. There’s no competition, only admiration for how well the game is played.

So that’s what I did, and I couldn’t be happier. If you’ve felt the pressure to build something big to do what you really want to do, remember these words: you don’t have to do this. You can create the life you want without playing somebody else’s game. So go play your own.