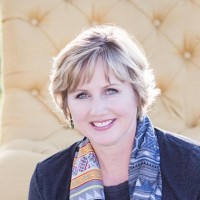 by Lucille Zimmerman
Read 0 words in 00:00 minutes.
I am on sabbatical for the next few weeks. While I am gone, I have asked some of my favorite bloggers to stand in for me. This is a guest post by Lucille Zimmerman. She is a licensed professional counselor and the author of Renewed: Finding Your Inner Happy in an Overwhelmed World. You can read her blog and follow her on Twitter.

Psychologists believe there are two reasons people choose their behavior: They are motivated intrinsically or extrinsically.

Intrinsic Motivation: This means a person chooses a behavior simply because of interest or enjoyment. The act of doing the behavior is itself the reward. One researcher defined intrinsic motivation in terms of what people will do without external inducement.

When you do behaviors because of intrinsic motivation, you feel a sense of accomplishment and achievement. For me that would be why I write, research, exercise, and shoot photographs.

Extrinsic Motivation: This means you do something because of factors outside yourself. For instance, you want your parent’s approval, a trophy, or a treat. Or perhaps you want to avoid the disapproval of others. The reason for the behavior comes not from the love of the activity, but from the reward that follows the activity.

If you are always rewarding your child with material things, he/she will never learn how to motivate themselves with internal rewards like pride. They also will never learn to value things because there are so many things and nothing is special.”

My daughter and I were in the car having a discussion about this topic. Which motivation is better? Sometimes you have to use extrinsic motivation to get someone to try a behavior. And sometimes extrinsic rewards can be helpful for achieving a goal. For instance, when my son-in-law passed his CPA exam, he was given a big financial bonus. That bonus is what kept him pushing through the hard times.

Yet sometimes, extrinsic motivation can actually dampen a person’s interest in a behavior. My friend’s son, Ry, is an incredible pianist. He’s a young child who is a virtual Beethoven. He is intrinsically motivated by playing the piano. In fact, his whole body lights up when he has the opportunity to play. If my friend began offering him $10 to practice, it would de-motivate him.

Which leads me to a discussion of Self-Determination Theory. The premise behind this theory is that people have three innate needs:

The developers of this theory, Edward Deci and Richard Ryan, say that when people feel competent, related, and autonomous (or “self-determined”) they will be intrinsically motivated and seek what interests them.

That meshes with my belief: Being intrinsically motivated correlates with maturity, and having a strong sense of self. No longer are you doing a behavior for the crowd’s applause, a parent’s approval, or society’s trophies. You are doing something because it brings you great joy.

I believe many adults are unhappy because they are doing behaviors because of extrinsic motivation. I wrote about this in my book:

Did you know that doing what you love and doing a lot of it is a secret to happiness? Bestselling author and researcher Marcus Buckingham was surprised with research he did at Gallup that showed that women’s happiness had plummeted over the last forty years—the exact opposite of men” (See Find Your Strongest Life).

He devoted himself to figuring out what made the happiest women happy. He found that the happiest women tended to focus on the few areas where they excelled. If a woman loved marathons, she didn’t waste her time on home decorating. If she enjoyed studying rocket-science, she didn’t focus on entertaining friends. You get the idea.

Not only did she do what she loved, she did something Buckingham calls “catch and cradle;” she noticed herself doing what she loved. For instance, when I’m with my three writing critique partners, sometimes I sit back in my seat, sipping tea, and really pay attention to how much I enjoy writing and being with my writing friends.

Sometimes I even take a picture of the magic moment and post it as my status on Facebook. Whether your snapshot is real or tucked away in your memory, taking an occasion to savor what you enjoy is a vital step in self-care.

So, what about you?

Question: Are you mostly motivated by the joy and love of an activity, or by the external rewards which come from doing it? When has intrinsic or extrinsic motivation hindered or helped you? Share your answer on Facebook, Twitter, or LinkedIn.